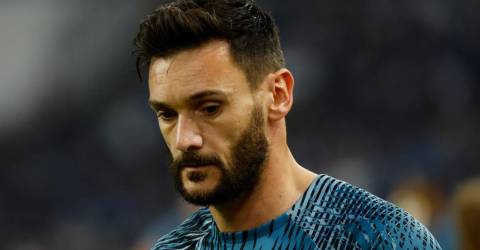 MARSEILLE: Tottenham Hotspur captain Hugo Lloris said his team had shown “great personality” to come from behind and beat Marseille 2-1 on Tuesday, a result that saw them progress to the last 16 of the Champions League as group winners.

Spurs needed a point from their trip to France to qualify for the last 16 and a victory to finish top of Group D, but they trailed at half-time to a Chancel Mbemba goal for Marseille at the Velodrome.

However, they were transformed in the second half and fought back to equalise through Clement Lenglet before Pierre-Emile Hojbjerg scored a dramatic winner in the 95th minute.

“It was a tough night. It was a great battle. I think it was more of a psychological battle because we could feel in the first half there was a team playing without the fear to lose — which was Marseille,“ Lloris told BT Sport.

“Then in the second half we faced a team that had the fear to lose because they were 1-0 up and one goal could cost their chances to go through.”

Spurs advance along with Eintracht Frankfurt, who won 2-1 away to Sporting Lisbon.

Meanwhile Hojbjerg’s last-gasp goal meant Marseille — despite such an impressive first-half performance — finished bottom of the group and so are eliminated from Europe altogether.

“We expected that type of game. We know the Velodrome is a difficult place to deal with and I think we showed great personality in the second half,“ Lloris added.

Tottenham claimed the victory despite being without the presence on the touchline of suspended manager Antonio Conte, while they saw Son Heung-min come off hurt in the first half.

“I feel that when we faced the difficulties in the game we showed great personality. Even if we have to improve it is a great result,“ Lloris said. – Reuters