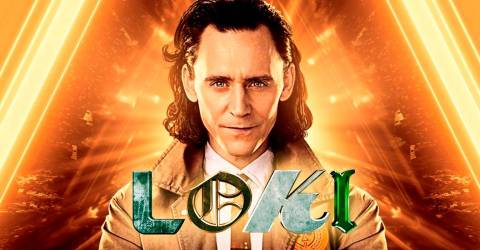 WE may be seeing a lot more of Loki in the upcoming second season of the Marvel Cinematic Universe villain’s solo television series.

Showrunner Michael Waldron teased the possibility of the upcoming Disney+ series’ second season having more episodes than its predecessor.

Speaking to The Playlist, Waldron was asked if the second season was only going to feature six episodes like the first season. To which he simply replied: “Time will tell.”

He further expanded on his answer when speaking about his original intentions for the show.

“I really conceived and wrote a lot of the show kind of operating as though it would just be one season, which is the best way to do these things,“ said Waldron. But things quickly shifted when he was writing for the sixth episode.

“I mean, it became clear, even as we were making it and still kind of refining Episode 6, that it felt like ‘Hey, this cast, this world is great and wow, there’s a lot more gas left in the tank’. And yeah, there is certainly more story to tell here,”

However, not many details have been revealed about the upcoming series. It was only revealed that writer Eric Martin and new directors Aaron Moorehead and Justin Benson will be joining Waldron.

Apart from that, Waldron also discussed how the series will be intertwined with the forthcoming, Doctor Strange in the Multiverse of Madness.

“The headaches I have are probably intertwined. I mean, it’s all intertwined and it all stands alone,“ Waldron teased. “Like a great comic universe, I think that one thing certainly informs the other.

“You’re going to have a better time watching the next chapter of an MCU story if you’ve seen the stuff before it. But also, hopefully, even if you’ve never – if you’ve walked in off the street, you’ll still have a blast. It should be good enough that it stands on its own.”