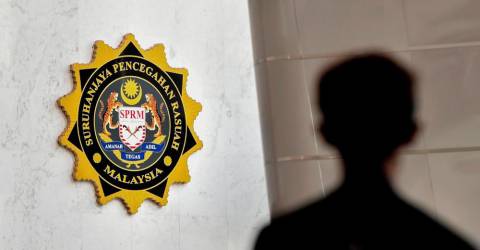 IPOH: The Malaysian Anti -Corruption Commission (MACC) Perak will call several individuals to assist its investigation into the alleged sale of land for the building of an international airport in Seri Iskandar.

Perak MACC director Datuk Mohd Fauzi Mohamad, when contacted by Bernama, said the individuals concerned would be called to record their statement beginning this week.

“The MACC has obtained documents on the issue and will start calling witnesses involved to record their statements,“ he added.

Prior to this, Mohd Fauzi was reported to have said that the investigation was conducted upon receiving an official complaint on the matter from Manjoi assemblyman Datuk Asmuni Awi on April 5.

Mentri Besar Datuk Seri Saarani Mohamad reportedly said that the piece of land had been sold to a private company during the Pakatan Harapan state government administration, but under the Barisan National state government, it was reserved for the State Development Corporation for the construction of an international airport.

Aulong assembyman Nga Kor Ming had during a state legislative assembly sitting claimed that the land had been sold without the approval of the state government. – Bernama