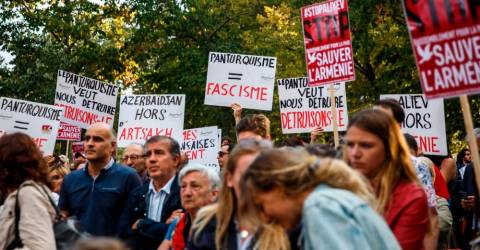 PUTRAJAYA: Malaysia is deeply concerned with the current situation in the disputed Nagorno-Karabakh region following latest clash between the Azerbaijan and Armenian forces.

It was reported the recent fightings that began on Monday between the troops of both countries have thus far claimed more than 150 lives.

A statement issued by Malaysian Foreign Ministry (Wisma Putra) on Saturday said Malaysia called upon all parties involved in the conflict to exercise utmost restraint, resume peaceful negotiation and avoid further escalation by finding an amicable and long-lasting peace in the region.

“Malaysia has always shown support based on the four (4) resolutions issued by the United Nations Security Council and also through multilateral fora namely the OIC and NAM. Malaysia has been continuously supporting resolutions and initiatives introduced by the OIC and the UN on the Nagorno – Karabakh conflict.

“Malaysia also voted in favour for the Resolution 62/243: The Situation in the Occupied Territories of Azerbaijan which was adopted on March 14, 2008 at the 62nd Session of the United Nations General Assembly,” the statement added.

The resolution is consistent with other relevant UN resolutions on the issue which called for a peaceful resolution of the conflict based on respect for territorial integrity and the inviolability of internationally recognised borders. – Bernama