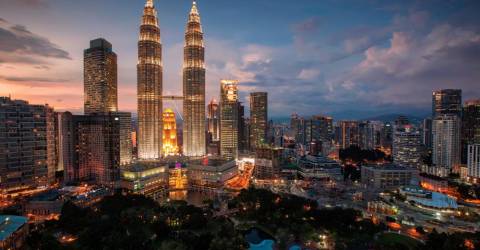 Mohd Uzir said among the top five major exporting states, Pulau Pinang remained the top exporter with a share of 29.3 per cent, followed by Johor (20.6 per cent), Selangor (19 per cent), Sarawak (6.8 per cent) and Kuala Lumpur (3.5 per cent).

“The export expansion was underpinned by strong exports of electronic integrated circuits in Pulau Pinang.

“Meanwhile, higher exports recorded in Johor were contributed by refined petroleum products while rubber gloves were the main contributors to exports in Selangor,” he said.

He said liquefied natural gas (LNG) was the main contributor to exports in Sarawak.

Mohd Uzir said imports also recorded an increase of 23.3 per cent to RM987.2 billion in 2021 as against RM800.5 billion in the previous year and the increase in imports was due to higher imports from Selangor (RM49.8 billion), Pulau Pinang (RM44.5 billion) and Johor (RM39.5 billion) while the value of imports decreased in Sabah by RM8.7 billion and Labuan (RM908.4 million).

“Higher imports recorded in Selangor and Kuala Lumpur were contributed by other electrical and electronic products.

“In addition, electronic integrated circuits were the main contributors to imports in Pulau Pinang and Kedah,” he said.

He added that refined petroleum products were the main contributors to imports in Johor. — Bernama