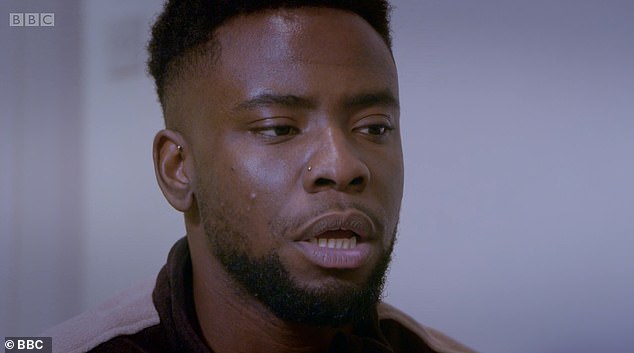 Journalist Ellie Flynn investigated the Buy Now Pay Later market’s close relationship with retailers and how a lack of finance and credit checks can lead to users overspending through services like Klarna, Clearpay and Laybuy, even if they are already in debt.

The programme heard from a range of shoppers using Buy Now Pay Later services, including a mother-of-two who uses Zilch to pay for essentials like nappies, groceries and household goods.

It also heard from fashion-conscious shopper Mike who has fallen behind on payments after using the schemes to buy clothes he otherwise wouldn’t have been able to afford.

Experts stressed there were major benefits to Buy Now Pay Later services but called for greater regulation, as recommended in a report by the Financial Conduct Authority.

Teaching assistant Mike, 26, from North London, told how he used Buy Now Pay Later services to buy clothes he otherwise couldn’t afford in one go. But he fell behind on his repayments 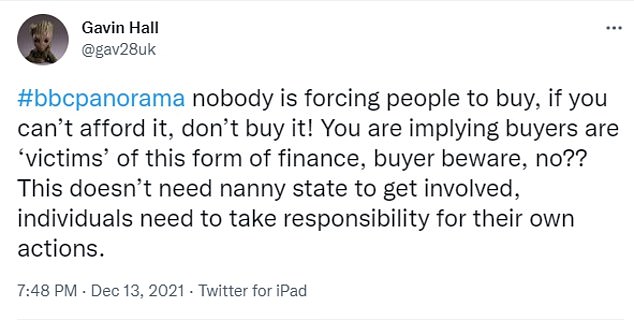 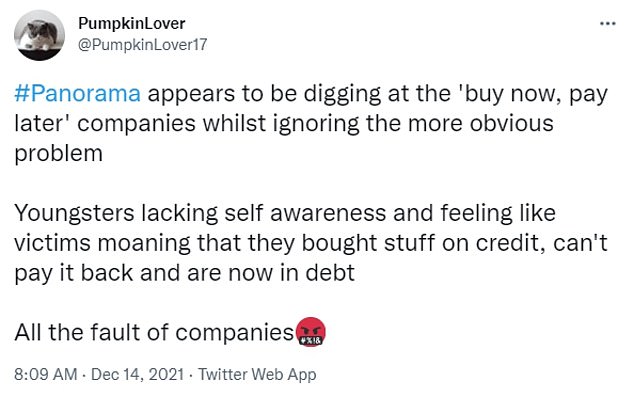 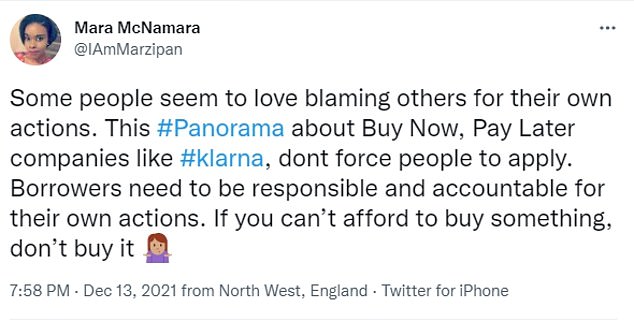 Viewers accused the programme of putting too much onus on companies like Klarna, Clearpay and Laybuy, and said customers should be able to make informed decisions

This means people can use the services while already in debt. It also means Buy Now Pay Later debt isn’t picked up by other providers, or by mainstream credit card companies.

People who borrow with Buy Now Pay Later services also don’t get the same protection as they do with mainstream products.

Viewers accused the programme of putting too much onus on companies like Klarna, Clearpay and Laybuy, and said customers should be able to make informed decisions.

One Tweeted: ‘#Panorama appears to be digging at the ‘buy now, pay later’ companies whilst ignoring the more obvious problem.

‘Youngsters lacking self awareness and feeling like victims moaning that they bought stuff on credit, can’t pay it back and are now in debt.’

A third added: ‘I wonder if some people’s feckless spending might turn out to be someone else’s problem. I’ll be shocked if it does. #Panorama #BuyNowPayLater.’ 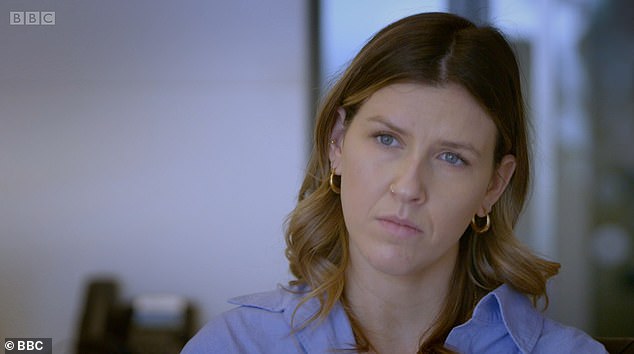 Journalist Ellie Flynn, pictured, investigated the Buy Now Pay Later market’s close relationship with retailers and how a lack of finance and credit checks can lead to users overspending through services like Klarna, Clearpay and Laybuy, even if they are already in debt 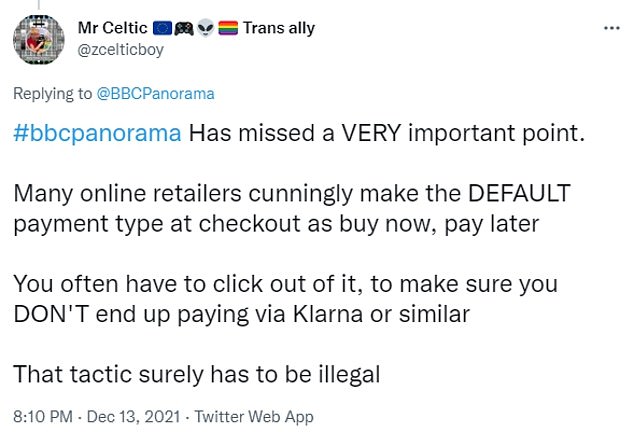 Other viewers said the issue was how the products were advertised on retail websites, some of which make Buy Now Pay Later the default purchasing option

Other viewers said the issue was how the products were advertised on retail websites, some of which make Buy Now Pay Later the default purchasing option.

Buy Now Pay Later allows people to purchase an item by paying in weekly or monthly installments. Unlike a traditional credit card, there are no financial or credit checks in place and no regulated protection.

An estimated 15million people in the UK use Buy Now Pay Later options while shopping. The number exploded during lockdown, in line with the online shopping boom.

One study revealed 30 per cent of the people using these services are aged 20-30.

‘I probably would have found it hard to buy those clothes,’ he explained. ‘I’ll pay like £10 this week, £10 next week… That’s what makes you want to use it more. The psychology of it. It’s not a big sum when it’s staggered and it’s all small payments, small amounts, you don’t have that feeling of “I shouldn’t have bought that”.’

He started using Klarna but was suspended after he couldn’t keep up with his repayments. 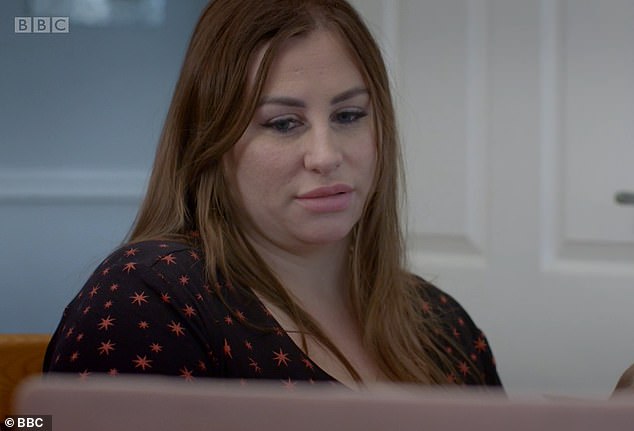 One mother, from Northampton, pictured, explained how she relies on Buy Now Pay Later to buy essential items while on maternity leave, but admitted it would be easy to overspend

‘I was racking myself up a debt with them,’ he said. ‘I was able to pay it off but because I was late with my repayments, I wasn’t able to use Klarna anymore.’

However he was immediately able to sign up with two other providers: Laybuy and Clearpay.

‘I still needed a way to use the services,’ he said. ‘I moved on straight away.’ But Mike fell behind again and Laybuy began to charge late payment fees. Now the situation has spiralled.

‘I’m still struggling to keep up with repayments. I’m trying to figure out a way how to keep up with them. I got a message from them saying they’re going to pass it onto debt collectors, so I’ve got to pay that off when I get paid.’

Laybuy said in a statement: ‘It supports customers who maybe facing hardship and offers payment holidays.’

Personal finance expert Iona Bain explained: ‘If you pay back what you owe and on time then you shouldn’t have any problems with Buy Now Pay Later.

‘The problem is lots of younger people end up not being able to pay what they owe on time and with some lenders they will charge late fees, and these can stack up.

‘As time goes on, you will be referred to a debt collection agency and they can use any means necessary to get you to pay back what you owe.

‘What younger people don’t understand is in the long run, all of that can influence their credit rating. That’s a crucial number that they need in order to borrow money in the future and get affordable credit in the future.

‘If they harm their credit score at a young age, they are really harming their long-term financial prospects.’

She noted the firms are targeting the younger market by advertising via social media. 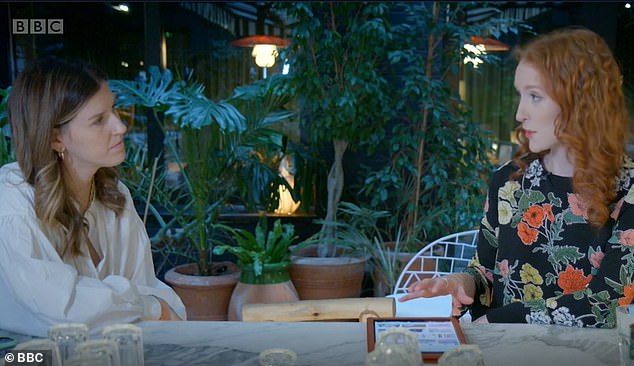 Personal finance expert Iona Bain, right, explained: ‘If you pay back what you owe and on time then you shouldn’t have any problems with Buy Now Pay Later’

‘They are actively trying to normalise Buy Now Pay Later among young people,’ she continued. ‘If we take Klarna as an example, everything about their marketing strategy screams millennial.

‘Buy Now Pay Later can be seen as a way to access that more glamorous lifestyle… The genius of buy now, pay later is it makes you think you can have it all, now.’

One mother, from Northampton, explained how she relies on Buy Now Pay Later to buy essential items while on maternity leave.

She said: ‘I don’t have that money sitting in the bank ready to use so it’s been so helpful. I’ve started buying a month or so ago and I’ve already bought quite a lot.’

The mother said it was invaluable in the lead up to Christmas, when she wants to ‘spoil’ her children. Although she is keeping up with payments, she understands how it would be easy to overspend.

‘If you’re leaving a few [accounts with Buy Now Pay Later services], it is easy to overspend. You might have a £200 limit on one brand but if you’ve got six of them… It would be quite difficult to stay on top of it.’

Another mother told how she relies on Zilch to put food on the table but has found herself in a cycle.

‘You pay one off and then you need to use it again, so you keep using it,’ she said. ‘It’s a cycle that goes on and on and on. Unless a miracle happens and I win the lottery.’

Zilch said in a statement: ‘Today’s consumers are driven by convenience and will choose to shop and pay in ways that are easiest and most affordable. It says it combines open banking with soft credit checks, so credit scores are unaffected.’

In February the Financial Conduct Authority (FCA) published a report that called for the regulation of the unregulated Buy Now Pay Later market.

It noted the use of BNPL products nearly quadrupled in 2020 and is now at £2.7 billion, with 5 million people using these products since the beginning of the coronavirus pandemic.

The emergence and expansion of unregulated BNPL products gives consumers a significant alternative to more expensive credit, but this also comes with significant potential for consumer harm. For example, more than one in ten customers of a major bank using BNPL were already in arrears.

Regulation would protect people who use BNPL products and make the market sustainable.

‘Banks have had it good for a long time – overdraft fees, expensive interest and so on – so I think it’s refreshing that we’ve got some innovation in the market.

‘For me it comes back to the question of where is the protection and where is the counterbalance to make sure that young people whose first interaction with credit will undoubtedly be Buy Now Pay Later, there’s sufficient protection and information for them to make the right decision.’

BBC Panorama asked Laybuy, Clearpay and Klarna to be interviewed. Only Laybuy agreed.

Laybuy co-founder Gary Rohloff said: ‘This alternative payment method is going to see a rapid adoption by people who no longer want to use credit card and they want access to an interest-free option that gives them flexibility to live the life they want to live.

‘We participated quite heavily in the Woolard review and we are supportive of the recommendations that had been made which revolve around credit and affordability checking and continuous credit reporting.

Klarna said in a statement: ‘ The average age of UK customers is 33. It’s interest and fee free short term credit products are helping to keep people out of debt. The credit it offers is linked to a specific purchase with clear repayment plans and affordability checks. It has spending limits in place and restricts services if payments are missed to prevent debt building up.’

Clearpay said in a statment: ‘Traditional credit checks don’t work for small, everyday purchases. We build trust with our customers, they start with lower amounts and these limits only increase when we see ongoing positive payment behaviour.’