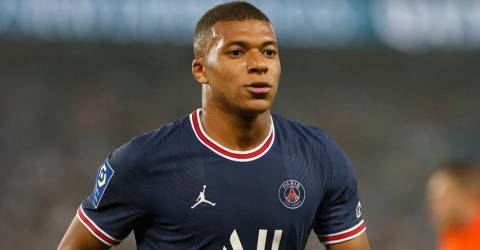 PARIS: Kylian Mbappe (pix) said Sunday he believes he will “keep improving” as a player after choosing to sign a new contract at Paris Saint-Germain rather than join Real Madrid, as the France striker took to social media to explain his decision.

In a lengthy post on Twitter, the 23-year-old superstar also said he would be backing the Spanish club against Liverpool in next weekend’s Champions League final in Paris.

“I am convinced that here I can keep improving at a club with the means to reach new heights,” Mbappe wrote, a day after agreeing to a new three-year deal with the French champions, ending the suspense surrounding his future.

“I am very pleased to be staying in France, the country where I was born, where I grew up and blossomed as a footballer, and where I now have the chance to keep chasing my dreams.”

Mbappe had been expected to move to Madrid as his existing contract with PSG reached its end, having been targeted by the Spanish giants ever since he was a young teenager.

Real’s failure to get their man casts a shadow over their preparations for the Champions League final at the Stade de France next Saturday.

“I honestly want to sincerely thank Real Madrid and their president, Florentino Perez,” added Mbappe, who marked his new deal by scoring a hattrick in PSG’s 5-0 win over Metz on the last night of the Ligue 1 season.

“I acknowledge how lucky and privileged I have been to be courted by such an institution. I have no doubt they will be disappointed.

“I will be right behind them in the Champions League final in Paris, my home.”

Mbappe will speak at a press conference in Paris on Monday alongside the Qatar-owned club’s president, Nasser al-Khelaifi. – AFP