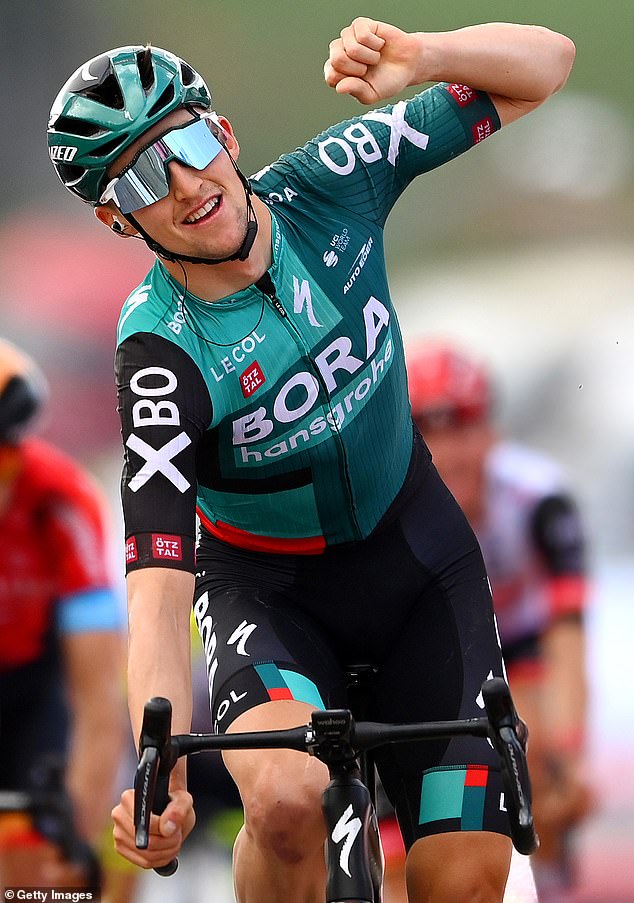 He is poised to win one of the world’s most prestigious bike races – yet Jai Hindley is virtually unknown in Australia.

The Perth-born cyclist is primed to hoist the Giro d’Italia trophy, provided the 26-year-old can navigate the final gruelling week of racing, which will feature plenty of rugged challenges for the field of weary competitors.

With five stages remaining, Hindley, who also finished second in the 2020 Giro d’Italia, is daring to dream, with the three-week race concluding in Verona on Sunday. 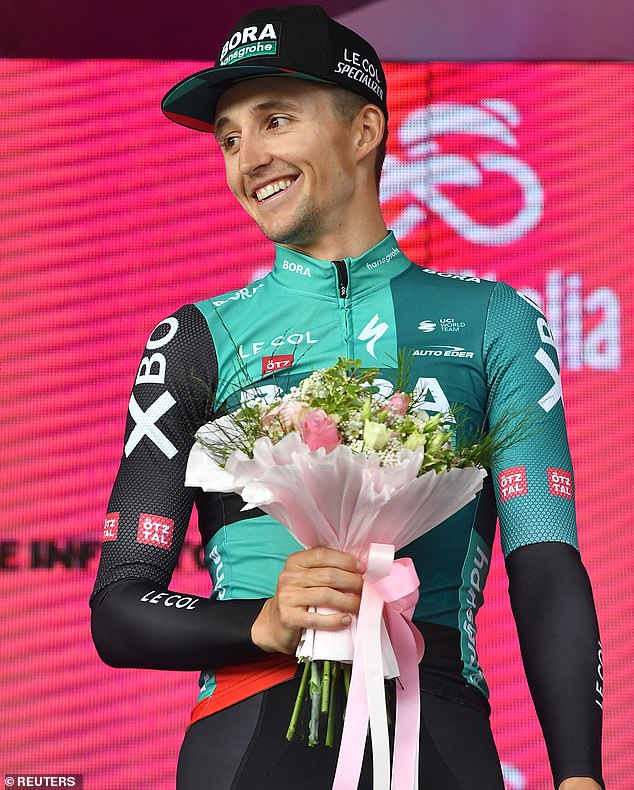 The Perth athlete is also eyeing off a slice of sporting history – if he wins his title pursuit at Giro d’Italia, Hindley will join 2011 Tour de France champion Cadel Evans as the only Australian to have won one of cycling’s three grand tours

‘For sure – 100 per cent,’ Hindley told reporters when asked if he believes he can go one better than the 2020 race.

‘[I’m] not here to put socks on centipedes, you know what I mean?

‘I wouldn’t be here if I didn’t think the team could win. We are all in.’

Hindley didn’t compete in Italy last year due to illness, and there were some murmurs he would struggle to recapture his 2020 form.

He silenced his critics after winning stage nine, and then backed that up with a runner-up finish in stage 14. 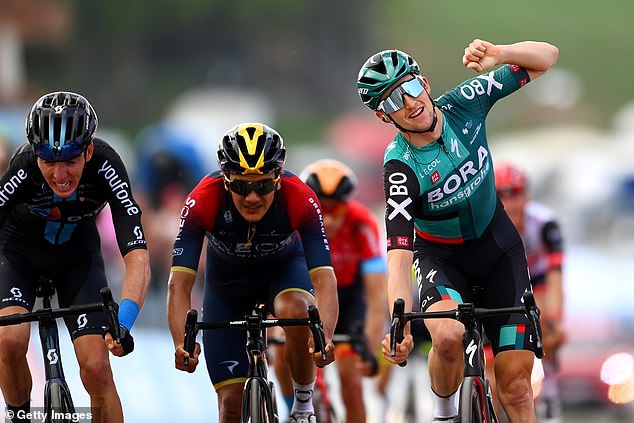 The specialist road climber is also eyeing off a slice of sporting history – if he wins his title pursuit, Hindley will join 2011 Tour de France champion Cadel Evans as the only Australian to have won one of cycling’s three grand tours (the Giro, Tour and Vuelta a Espana).

‘If I could take one strength of Cadel’s it’d probably be his engine. The guy was a beast on the bike,’ Hindley told The Age.

‘If I could also win a grand tour and put my name in the history books, that would be something else.’

His father Gordon was also a cyclist, and encouraged his son to realise his potential on two wheels at a young age.

Hindley snr coached Jai in his formative years cycling and when the junior sports star opted for a season playing rugby with his mates, his old man was shattered.

‘Thankfully he got back on the bike as soon as possible.’