Michael Gove today guaranteed the Brexit transition period will not be extended as he insisted the UK and the EU will be able to agree a free trade deal by the end of next year.

The UK is due to leave the EU by January 31 and there is then due to be a stand still transition period until the end of 2020 when the two sides will hammer out the terms of a future trading relationship.

Critics believe it is impossible for a complex trade deal to be agreed in such a short space of time and Boris Johnson‘s Brexit deal does contain an extension provision.

That would allow the trade talks deadline to be pushed back by ‘up to one or two years’.

However, Mr Gove said the 2020 deadline will be stuck to and that the two sides will go their separate ways at the end of next year with an agreement in place.

Michael Gove, pictured during an appearance on Sky News this morning, said the Brexit transition period will not be extended

He told Sophy Ridge on Sky News: ‘It will be concluded next year. We will be in a position, as I say, to leave the European Union before the 31st of January of next year.

‘Then we will have concluded our negotiations with the EU about the new framework of free trade and friendly cooperation that we will have with them by the end of next year.’

Told that Brexit promises had been broken by ministers before, Mr Gove insisted it would be different this time after the Tories won a massive majority at the general election.

He said: ‘One of the things about this general election is that we saw that those who had broken their promise, those who had said they stood on manifestos that said they would honour the referendum mandate and then when they were elected to the House of Commons they tried to undermine that referendum mandate, those Labour politicians  and other politicians, they were defeated.’

Mr Johnson said in the run up to the October 31 Brexit deadline that he would take the UK out of the EU ‘do or die’ and with or without a deal.

But ultimately he was forced to ask the bloc for an extension after rebel MPs took control of the process.

Mr Gove said Mr Johnson was unable to stick to his promise ‘because MPs in Parliament conspired against’ him.

Michel Barnier, the EU’s chief Brexit negotiator, was recently recorded casting doubt on the 2020 deadline for a trade deal. 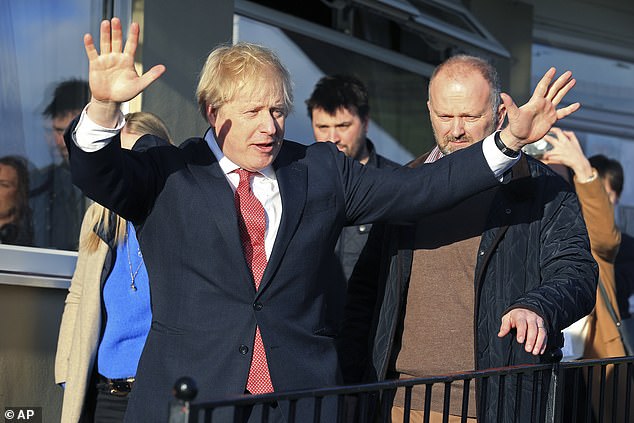 Boris Johnson, pictured in Sedgefield yesterday, has promised to take the UK out of the EU by January 31 and to then strike a free trade deal by the end of 2020 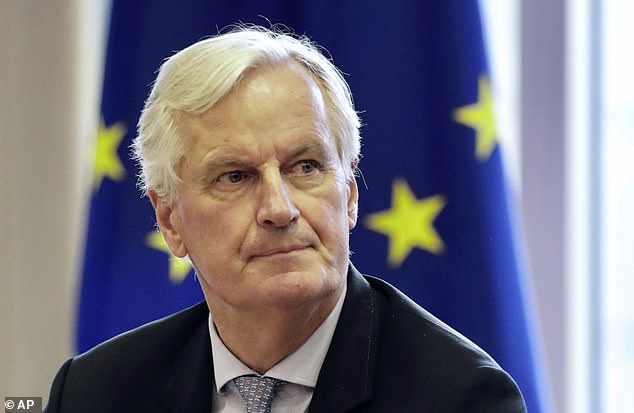 But Michel Barnier, pictured in Brussels in October, said it is ‘unrealistic’ to believe a trade deal could be negotiated in just 11 months

He said: ‘It is unrealistic that a global negotiation can be done in 11 months, so we can’t do it all.’

But Mr Gove seemingly dismissed Mr Barnier’s view as he said it was ‘different from that of other European politicians’ on the issue.

He also pointed out that Mr Barnier had previously said that the original Withdrawal Agreement could not be changed but ultimately he was forced to back down.

MPs are expected to vote on Mr Johnson’s Brexit deal in the coming weeks but Mr Gove would not say if the first vote will take place before Christmas.

‘I do not want to preempt the announcements there will be in the Queen’s Speech entirely,’ he said.

The Queen’s Speech, when Mr Johnson will set out his new government’s priorities, is due to be held on Thursday.