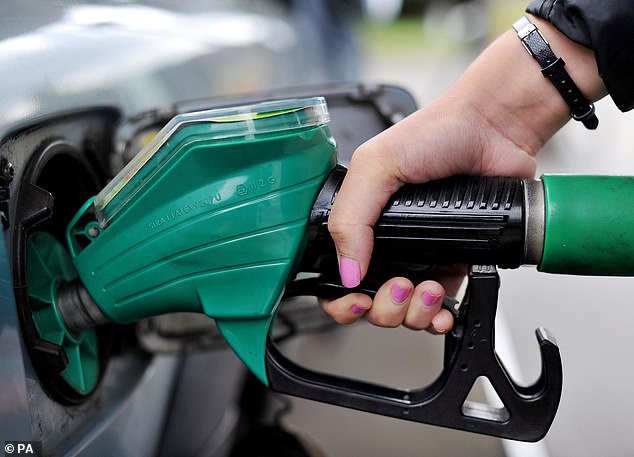 By David Churchill Transport Editor For The Daily Mail

The Daily Mail uncovered huge variations of up to £22 in the cost of filling up a family car.

And some independent forecourts are charging £10 per tank less than supermarkets. The findings sparked fresh accusations that larger retailers have been cashing in on the bank holiday getaway.

Petrol at the independent Essar DA Roberts Fuels in Whitchurch, Shropshire, was 154.9p a litre at the end of last week – believed to be the cheapest in Britain. Scott Murray, who runs Cot House services at Sandbank in Dunoon, Argyll and Bute, was selling at 159.9p. ‘We still make money at the prices I’m charging,’ he said.

Esso’s Cherwell Valley services on the M40 near Bicester wanted 194.9p – £22 more for a 55-litre tank than the forecourt in Whitchurch. Average supermarket prices this month range from 169.83p at Asda to 172.29p at Tesco. The AA’s Luke Bosdet said: ‘Drivers are up against a pump price postcode lottery on steroids. Some prices on motorways are exploiting holiday drivers. Prices at many supermarkets verge on betrayal.’

Not only are some independent forecourts charging less than oil-giant branded forecourts, but their prices are also cheaper than the supermarkets.

Tesco’s average price means it is nearly £10 more expensive to fill up at its pumps than the cheapest independent forecourts.

The RAC’s Rod Dennis said: ‘The fact independent forecourts, many of which will be selling less fuel than major supermarkets, are able to offer fuel at much lower, fairer prices is eye-opening and a major break from the norm.

‘We continue to believe that many big retailers have significant scope to cut petrol prices to more fairly reflect the wholesale price they’re paying to buy the fuel in the first place.’

This is due to the wholesale price of petrol plummeting. 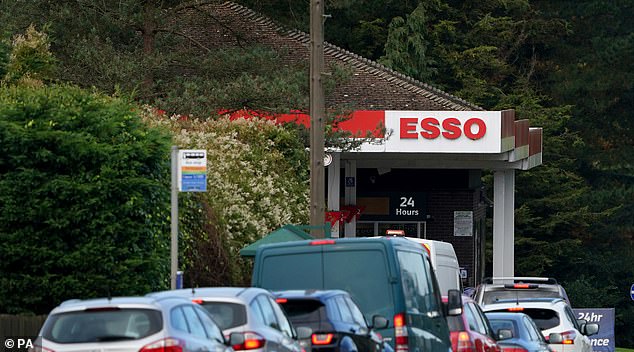 Esso’s Cherwell Valley services on the M40 near Bicester wanted 194.9p – £22 more for a 55-litre tank than the forecourt in Whitchurch (an Esso petrol station in Ashford Kent is pictured)

Gordon Balmer is boss of the Petrol Retailers Association, which represents around 5,500 independent forecourts, or 65 per cent of all filling stations in the UK.

He said the shift towards online grocery shopping is likely to be part of the reason why supermarkets have not dropped pump prices more dramatically.

He said: ‘Before, they would give you a discount on fuel to get you in the door to buy groceries.

‘But why do you need to offer that if people’s buying habits have changed?’

He said some forecourts’ sales were still down 10 to 20 per cent compared with pre-pandemic levels, due to more home working and online shopping, and that they needed to charge more per litre to cover the loss in sales.

But he added: ‘People can shop around. There are deals to be had and many of our smaller independent members are offering those deals, which is good news.’