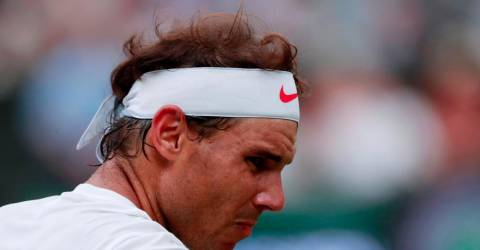 ANKARA: Rafael Nadal (pix) has said on his social media account that he wishes to compete in the 2022 Wimbledon.

“My intention is to try to play at Wimbledon,“ the Spanish tennis legend said on Instagram on Saturday, reported Anadolu Agency (AA).

“On Monday I travel to London and see how the training week goes.”

Nadal, who achieved a medical treatment on his foot ahead of Wimbledon, eyes bagging all four Grand Slams in one year, but accepts that it is not an easy task.

“On the men’s tour, nobody has done the Grand Slam since Rod Laver,“ the 36-year-old told the Association of Tennis Professionals on Friday.

“Novak Djokovic came closest last year. If it’s rarely been done, it’s difficult to contemplate, even more so at 36 years of age.”

Nadal, who has an amazing 21 Grand slam titles, has bagged two Grand slams – Australian Open and French Open (Roland Garros) – so far, as Wimbledon and US Open are yet to be held in 2022.

Founded in 1877, Wimbledon is the only Grand Slam that is still played on grass, which is the game’s tradition. The 135th edition of the tournament will be held from June 27 to July 10.

Only five tennis players in history managed to bag all four Grand Slam titles in one year.

While Rod Laver of Australia is the only player ever to achieve this twice in history by bagging all Grand Slams in men’s singles both in 1962 and 1969, German legend Steffi Graff won an Olympic gold medal alongside all four women’s singles in 1988 and scored a “Golden Slam.” — Bernama