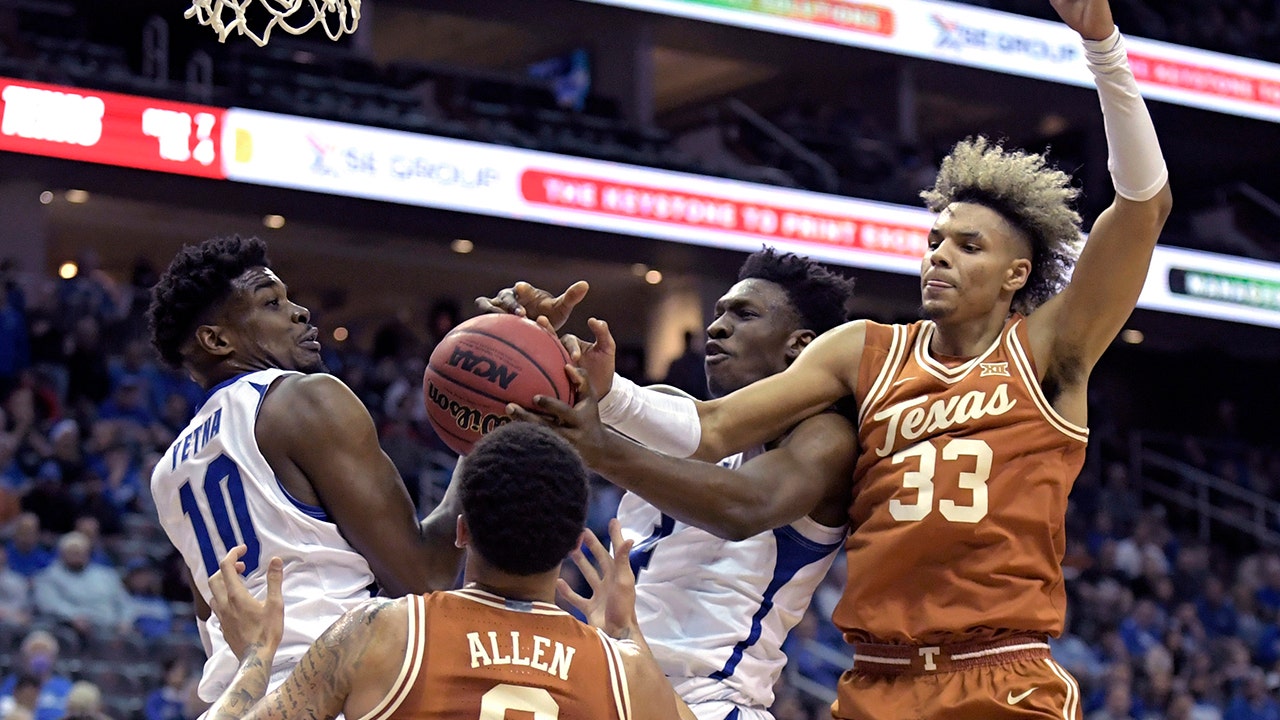 Jared Rhoden scored 18 points and made the go-ahead basket as No. 23 Seton Hall knocked off its second top-10 team this season, beating No. 7 Texas 64-60 on Thursday night.

Cold-shooting Bryce Aiken scored five of his 10 points in the final minute, including a clutch 3-pointer, as the Pirates (8-1) won their fifth straight game. Seton Hall also has an impressive road win at then-No. 4 Michigan on Nov. 16.

Alexis Yetna added 12 points and 11 rebounds for Seton Hall in a game that was part of the annual Big East-Big 12 Battle. Myles Cale had 10 points and Tyrese Samuel came off the bench to grab 11 rebounds.

Tre Mitchell had season highs of 19 points and 11 rebounds for Texas, which had won five in a row. Foul-plagued Timmy Allen added 17 points and a season-best 12 rebounds.

The second half was close all the way with neither team leading by more than five. Rhoden gave Seton Hall the lead for good at 58-56 with a jumper with 5:30 to go.

Both teams then went ice cold and the next point didn’t come until Samuel hit a free throw with 1:40 left. A layup by Allen got Texas within a point but Aiken, who was 3 of 12 from the field, hit a long-range 3 from the top of the key for a 62-58 lead with 34.3 seconds remaining.

After Allen’s layup cut it to two with 24 seconds to go, Aiken added two more free throws with 14.4 seconds left and Texas missed its last couple of shots.

The first half ended 37-all with Yetna hitting a 3 just before the buzzer.

Texas: This is a solid, talented team. Its only losses have been to Gonzaga and Seton Hall.

Seton Hall: Upward bound. Its only loss was to No. 21 Ohio State on a late 3-pointer.