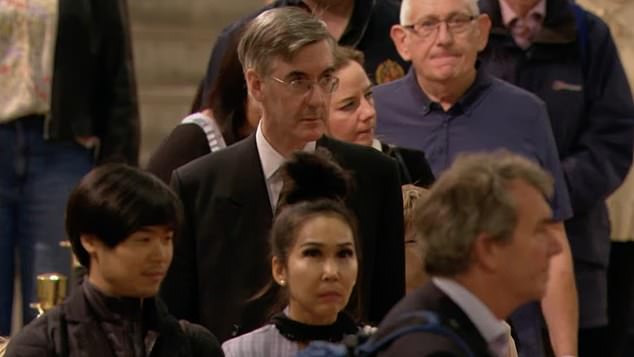 By Harriet Line For The Daily Mail

MPs’ staff have ‘inundated’ Commons authorities with complaints that they do not get priority access to see the Queen lying in state in the Palace of Westminster.

While many parliamentary workers – including peers, MPs themselves, cleaners and cooks – are able to skip the queue, those working for MPs are not.

Jacob Rees-Mogg was seen paying his respects yesterday alongside his wife Helena and three of their sons.

Typical complaints by MPs’ staffers about the queue-jumping passes include: ‘I’ve worked here for 30 years and this is an insult,’ according to the Politico website. But another said the anger about cleaners and cooks ‘oozes snobbery’.

MPs have been criticised for their ability to skip the queue to visit the Queen’s coffin in Westminster Hall. Pictured: Tory MP Jacob Rees Mogg 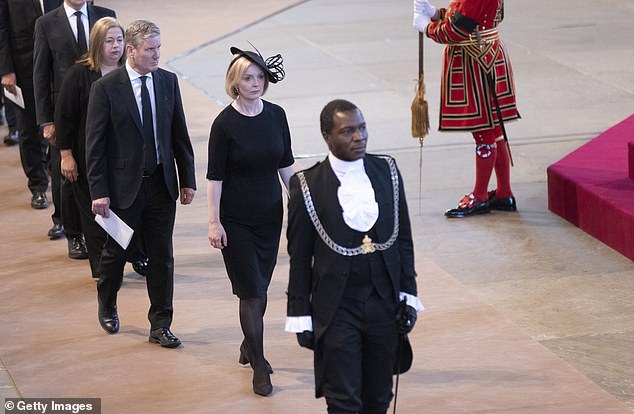 Prime Minister Liz Truss, pictured ahead of Labour’s Sir Keir Starmer, led a procession of MPs past the coffin 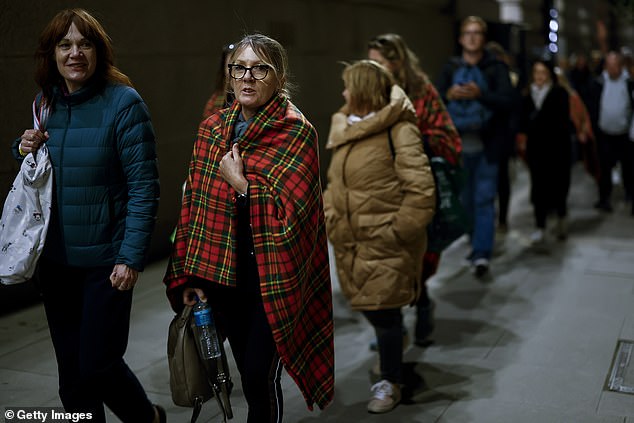 Downing Street said that the queue system is going to plan, despite entries having to be paused for six hours after it reached maximum capacity.

House of Commons authorities told staff they understood the ‘significant disappointment’ felt by many members of staff, and have been ‘inundated’ with complaints. But in an update to staff, seen by The Spectator, they said: ‘Unfortunately, based on the projected numbers we are expecting to join the queue over the coming days, it is not possible to open up access further without the risk of impacting access for queuing members of the public.

‘The absolute priority is to ensure as many members of the public as possible are able to pay their respects, many of whom have travelled from across the country and queued, often over nine or ten hours. We do not in any way wish to jeopardise their ability to pass through Westminster Hall.’

The special access for MPs – who can also bring in up to four guests – has provoked criticism.

Members of the public waiting in line have branded it an ‘abuse of privilege’. But the Commons said some MPs had used their guest passes to take their staff in, and said they would closely monitor the allocation of tickets.

Parliamentary authorities did not respond to a request for comment last night. 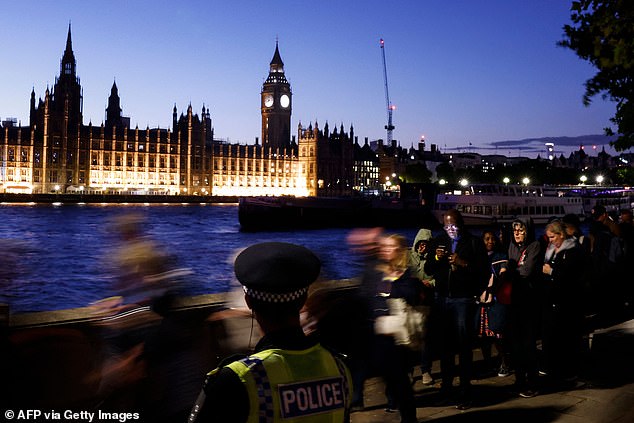 Members of the public waiting in line have branded it an ‘abuse of privilege’. But the Commons said some MPs had used their guest passes to take their staff in, and said they would closely monitor the allocation of tickets