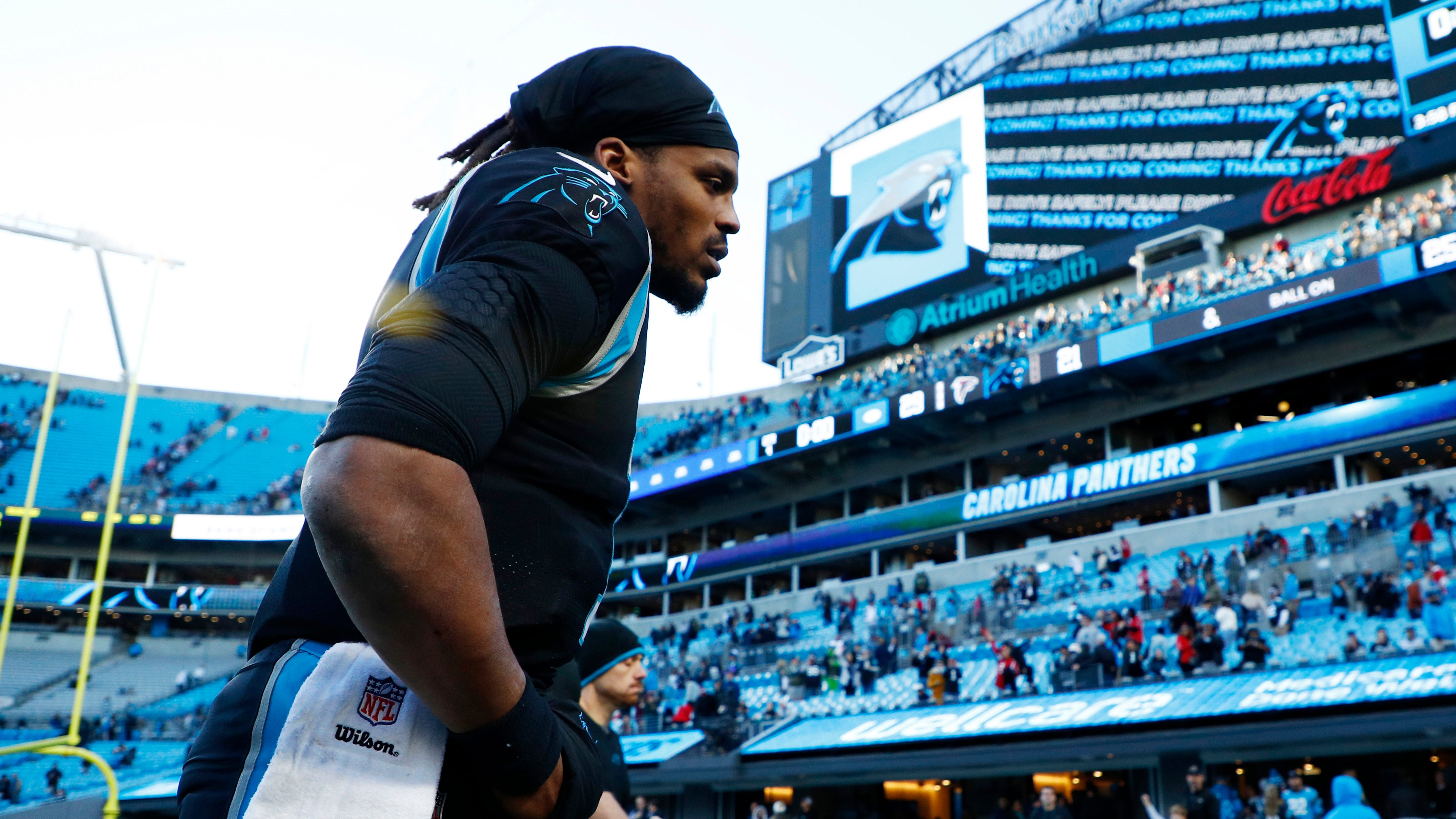 The Cam Newton reunion in Carolina (5-8) has been anything but a repeat of the glory days. Rather, it reminds us all that the second time around is never better than the first.

Newton fell to 0-3 since being named the Panthers’ starter. The team fell 29-21 to the Falcons (6-7) on Sunday. This is hardly what most expected when Newton was signed back on Nov. 11.

CHARLOTTE, NORTH CAROLINA – DECEMBER 12: Cam Newton #1 of the Carolina Panthers drops back to pass during the fourth quarter of the game against the Atlanta Falcons at Bank of America Stadium on December 12, 2021 in Charlotte, North Carolina.
(Photo by Lance King/Getty Images)

“You grow to bottle your emotions better,” Newton said after the game. “I could move some furniture right now if you’d allow me to. But that’s not going to do anything to anybody but make the story even more of a distraction to prepare for next week.

“I’m just so disappointed in myself. I hold myself to a high standard. And a lot of guys around this team hold me to a high standard too. To not perform, to jeopardize the game the way I did today was inexcusable.”

Newton, 32, was benched in the second quarter in favor of P.J. Walker. Walker struggled mightily and Newton was back under center shortly thereafter. Newton finished a very pedestrian 15-of-23 passing for 178 yards and one interception. He scored a touchdown on the ground, rushing for 47 yards on 10 carries.

CHARLOTTE, NORTH CAROLINA – DECEMBER 12: Cam Newton #1 of the Carolina Panthers signals prior to a two-point conversion attempt in the fourth quarter of the game against the Atlanta Falcons at Bank of America Stadium on December 12, 2021 in Charlotte, North Carolina.
(Photo by Grant Halverson/Getty Images)

Among his many mistakes was a pitch gone wrong that ended up in the hands of Falcons defensive end Grady Jarrett. Down one score late in the third quarter, Newton had his foot stepped on by center Pat Elflein. As he was falling to the ground, Newton attempted to pitch the ball to running back Chuba Hubbard. However, the ball didn’t make it into the hands of Hubbard. Instead, it landed with Jarrett, giving Atlanta the ball with great field position. A 10-play, 49-yard touchdown drive ensued, putting the game out of reach for Carolina.

CHARLOTTE, NORTH CAROLINA – DECEMBER 12: Cam Newton #1 of the Carolina Panthers walks off the field after losing 29-21 to the Atlanta Falcons at Bank of America Stadium on December 12, 2021 in Charlotte, North Carolina.
(Photo by Jared C. Tilton/Getty Images)

“I tried to hand it off, should have just ate it, and yeah, once again, it comes down to protecting the football,” Newton said. “That’s Day One, just winning football. Rec ball, high school, college and professional. Protect the football. And I didn’t do a good job of that today.

“I think that’s what’s so frustrating. I hold myself to a high standard to do those things, and when it doesn’t happen, it’s just inexcusable.”