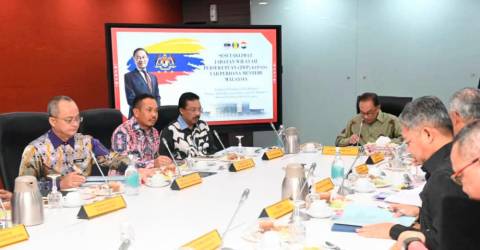 KUALA LUMPUR: Prime Minister Datuk Seri Anwar Ibrahim today convened a meeting with all Members of Parliament (MPs) in the Federal Territory of Kuala Lumpur to discuss several policy matters and efforts to tackle the issues of urban poverty.

In a posting on Facebook, Anwar said as he stressed before, the main focus of the current government is on the effort to help alleviate the people’s burden.

The Prime Minister said he also held a meeting with the top management of the City Hall this morning.

“I was also given several briefings relating to DBKL management and affairs,” he said.

This was Anwar’s first visit to the City Hall since his appointment as the country’s 10th Prime Minister on Nov 24. – Bernama