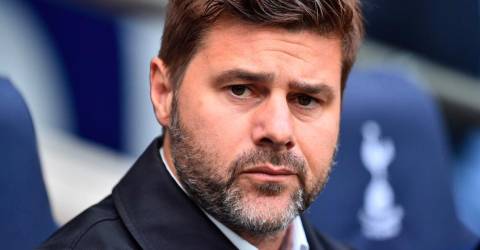 PARIS: Paris Saint-Germain are close to confirming the sacking of coach Mauricio Pochettino, according to French media reports late on Tuesday.

L’Equipe and Le Parisien reported that meetings had been held between lawyers for Pochettino and the club to come to an agreement that would see the Argentine leave the French capital.

Pochettino, who was appointed in January last year and led the club to the Ligue 1 title in the season just ended, has another 12 months remaining on his contract.

Le Parisien said that “the separation agreement has already been reached and there are only a few details still to be finalised”.

It is understood that sacking Pochettino would cost between €15 and €20 million (RM69 and RM92 million) in severance payments to him and his backroom staff.

PSG have already parted company with Brazilian sporting director Leonardo and replaced him with Portuguese super-scout Luis Campos in the role of football advisor.

Zinedine Zidane has been strongly linked with succeeding Pochettino in the dugout at the Parc des Princes, although Nice coach Christophe Galtier is thought to be another contender. — AFP