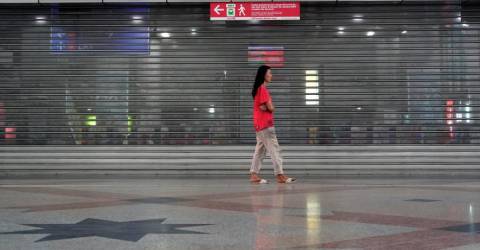 KUALA LUMPUR: The temporary disruption of the Kelana Jaya Light Rail Transit (LRT) Line this morning was due to the power supply problem at two traction power substations (TPSS) at the Taman Jaya and Universiti stations.

In a statement today, Rapid Rail Sdn Bhd said there was power supply disruption at 8.36 am, causing the train service at the Taman Jaya station heading to Putra Heights to be temporarily halted, until the power supply resumed at 8.48 am.

Rapid Rail, which is the service operator, said the initial investigation found that the incident happened after a problem with the circuit breaker which caused a power cut and the train to stall.

“Rapid Rail apologises for the inconvenience faced by the commuters, especially those who were on their way to work at the time,“ it added. – Bernama