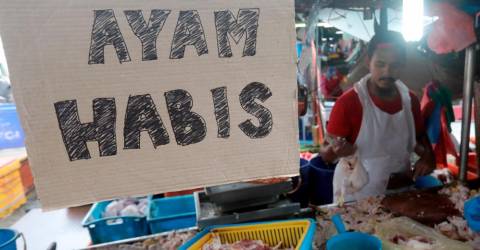 KUALA LUMPUR: The prolonged Russia-Ukraine war will cause disruptions in food security in the long term, as sanctions on Russia will have an adverse implication for the global market, an analyst said.

Stratfor senior vice-president for strategic analysis Rodger Baker said it was not clear whether Europe or the US were going to rapidly change the sanctions on Russia once they were in place.

“It is unlikely that these constraints on Russia are lifted in the next two, three, four, five years or even beyond that,” he said during a panel session titled “Russia-Ukraine: The New World Order and the Geopolitics and Impact on Asean” at the Invest Asean 2022 Conference, today.

Baker said the main impact would be on global agriculture as it is a significant producer and exporter of agricultural products while Russia is a major fertiliser exporter.

He warned of insufficient fertilisers moving around for crop cultivation, and a reduction of one or possibly two years of crops coming through the Black Sea.

There will also be a long-term impact on the global liquefied natural gas (LNG) market, he said, adding that, “We may potentially see this finally driving some splits between the pricing in the LNG and oil markets.”

Besides, Baker said the energy security is among the spotlight emanated from the conflict and there were talks of expanding alternative energy among analysts.

“There’s a lot of talks about this, driving the need to rapidly expand alternative energy. It’s also pushing for the resumption, at least in the temporary space of coal, and the dependency on localised energy sources.

“In the long term, this may actually finally spur expansion of nuclear power and development, particularly small modular reactors,” he added. — Bernama