A pub has deleted its rant about ‘awful’ festive drinkers and claiming people who order Guinness at the end of a round should ‘die in a complicated house fire’.

The William Jessop, in Ellesmere Port, Cheshire, posted the lengthy comment about drinkers ‘ruining the pub for the rest of us’, and included a ‘guide on how to not be quite so awful’.

It was taken down after a customer said they wouldn’t be visiting again due to the ‘terrible Christmas message’, earlier today.

The William Jessop in Ellesmere Port (pictured), Cheshire, has apologised after a Facebook rant where it called drunk festive drinks ‘t****’ and ‘the kind of awful human being’ which ‘buy their beer from supermarkets’ in their weekly shops

A Jessop spokesman said it was an over exaggerated joke that was copied and pasted from something that has been circulating Facebook for years and never meant to offend anyone.

‘It’s that festive time of year when decent, honest boozers are plagued by non-drinkers.

It made outlandish comments on ‘the kind of awful human beings’ which ‘buy their beer from supermarkets’ in their weekly shops. 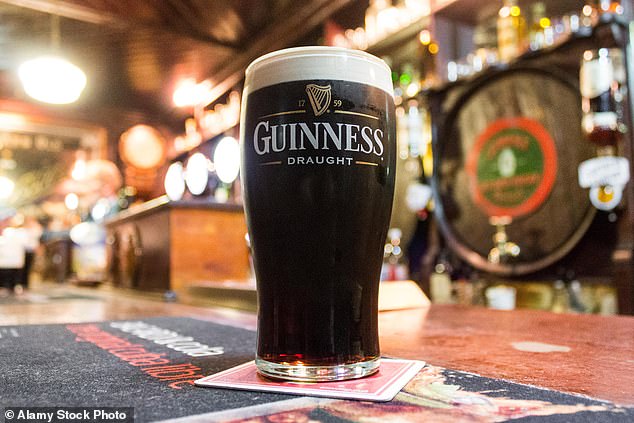 Anyone ordering Guinness (file image) at the end of the night should ‘die in a complicated house fire’, according to the pub’s Facebook post which has since been deleted

‘People who consume such a laughable quantity of alcohol that they can only be designated as non-drinkers.’

The post’s scathing criticism said ‘everyone hates you, every actual drinker in the pub hates and all the serving staff’ whether it is a Christmas work do or drinks with friends.

If customers play music on their phones or are not regulars, they are a ‘t***’ according to the Cheshire watering hole.

Some pub goers agreed with the pub’s post, with one person commenting: ‘Love it and so so truthful’ and another saying: ‘Nothing but love for this’. 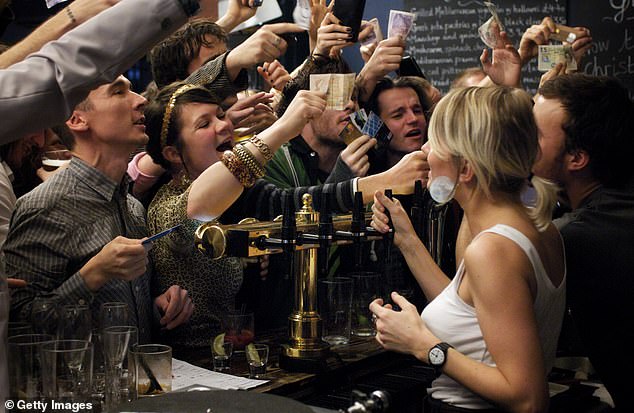 Writing about people visiting the pub (file image) with friends over the festive period, the pub said ‘everyone hates you, every actual drinker in the pub hates and all the serving staff’. It has since said 99 per cent of people saw ‘the funny side’ to the post and apologised for anyone who was upset

One regular customer, who wishes to remain anonymous, said: ‘It is a terrible Christmas message from its management I will not be going there again. It makes me angry.’

All customers ‘are as equally important and deserve the same respect’.

After the Echo approached the pub to ask them about their message, the post was removed.

A spokesperson for the pub said they removed the post as it was ‘never meant to offend anyone’ and was ‘an over exaggerated joke’ pub staff relate to.

Ninety-nine per cent ‘saw the funny side’ while they apologised to anyone who did not see it for the joke. 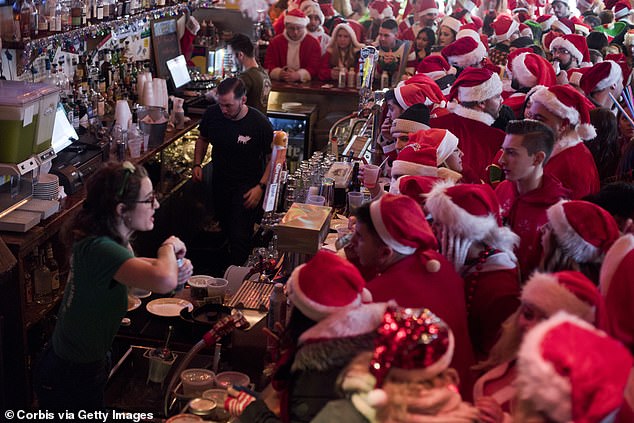 While the rant mentioned ‘honest boozers’, it slammed new customers which ‘plague’ the pub (pictured, people dressed as Santas in a bar on December 9)