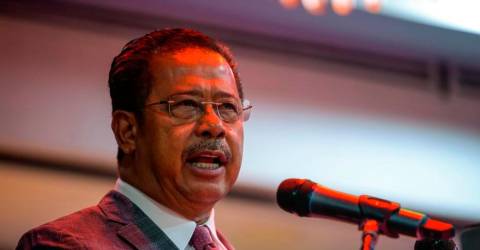 He said in Pahang, the state Risda had completed rubber replanting programmes covering an area of 15,813 hectares from the targetted arera of 16,596 hectares.

“I am confident that the target can be achieved by year end to ensure the wellbeing and welfare of smallholders in Pahang.

“Rubber planting is among the only commodity that is provided full financial assistance by the government until now. This does not include other economic stimulus received by smallholders every year,” he said.

Abdul Rahman said this in a statement that was distributed to the media during a Smallholders Welfare Programme in Kuala Lipis, near here, today.

He added that the increase in subsidy for rubber replanting intiatives throughout the country from RM9,230 a hectare previously to RM13,710 a hectare now, has given a big impact to smallholders.

According to Abdul Rahman, the government has been channelling various assistance to smallholders through the Ministry of Rural Development and Risda, to ease the burden of the people and ensure the wellbeing of smallholders and their families.

Such incentives are provided because the government is aware of the problems faced by smallholders, especially problems of low yield or production due to inclement weather, lack of workforce and instability in the market.

Meanwhile, during the programme which involved about 600 smallholders and community leaders, Abdul Rahman presented contributions to Risda’s productivity as well as to the people.-Bernama