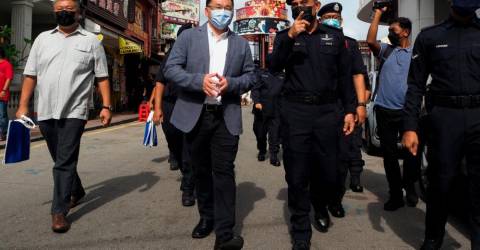 MALACCA: A total of 767 online fraud cases were recorded in Malacca with losses totalling RM17.98 million from January to November this year, involving online purchases, investment scams, non-existent loans, as well as the infamous Macau and love scams.

“The highest losses were due to Macau scams, totalling RM5.97 million from 116 cases, followed by investment fraud, with a total of RM5.307 million in losses, with 134 cases recorded.

Abdul Majid also said that the police had adopted a new approach in community policing by appointing ambassadors among community leaders to improve public awareness and educate them about the importance of crime prevention.

He said the move included sharing crime prevention tips to be disseminated among communities, with ambassadors acting as police spokesmen in giving out advice and educating the public.

“This is our first project and if the approach proves successful in improving peace and public order in Malacca as a tourism state, we will expand the concept of appointing security ambassadors to assist the police,” he added.