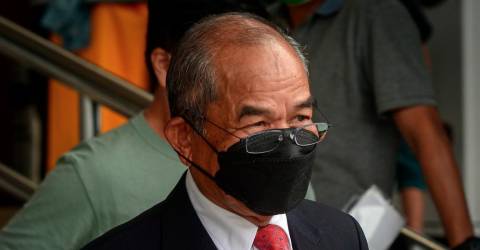 Sidek told the Kuala Lumpur High Court that he believed that the former prime minister had given him a role in 1MDB with the RM30,000 salary “out of the goodness of his heart”.

“So, out of the goodness of his heart, I thought this was just a vehicle for compensation,” he was quoted saying at Najib’s trial for misappropriating 1MDB funds.

Revealing the amount of his salary as KSN today, 71 year-old Sidek said he also feels it was inadequate for his duties.