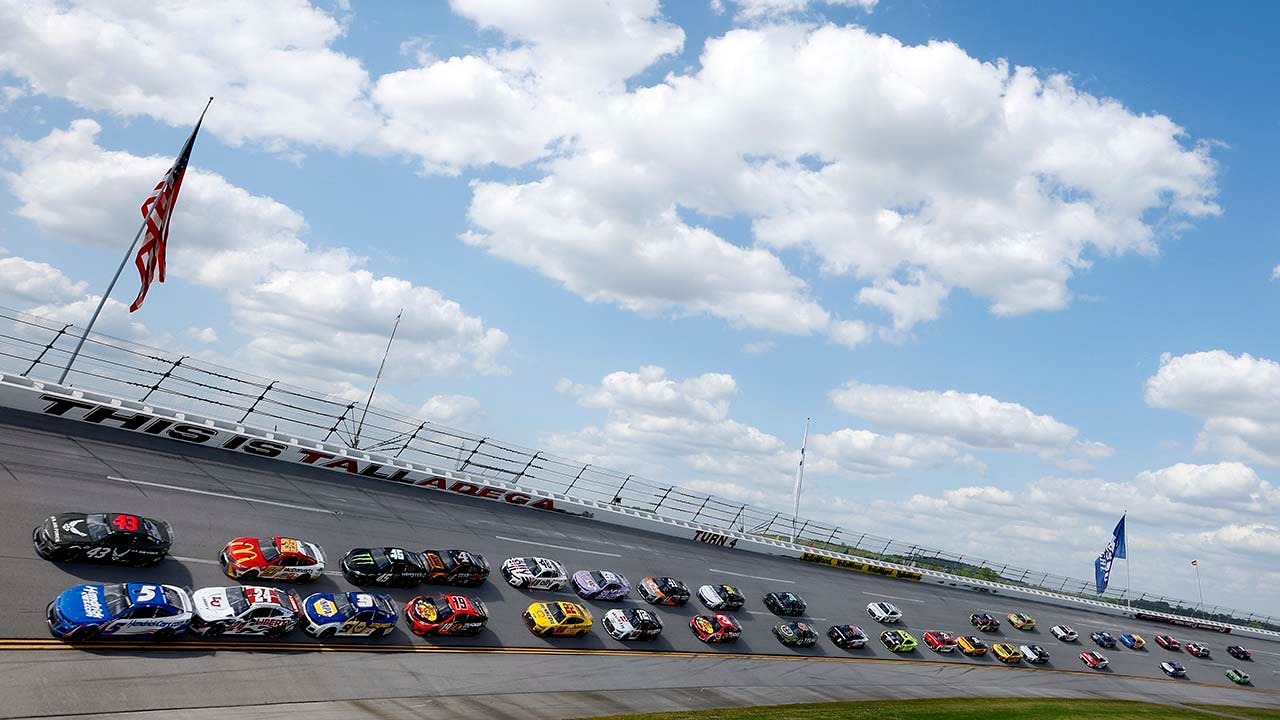 The Watermelon Man has done it again.

Ross Chastain in the No. 1 car took the lead at the Geico 500 in the final turn and held on for the win.
(Sean Gardner/Getty Images)

The win was the Trackhouse Racing driver’s second Cup Series victory both of the season and his career.

Chastain was running in third place heading into the last turn as second place Kyle Larson pulled out to try and pass Erik Jones for the lead.

Jones lost traction and slowed trying to block Larson, opening the door for Chastain to dive inside the two of them for the win.

Chastain performed his signature celebration of climbing on his car and smashing a watermelon on it in tribute to his family’s eight-generation long history of farming the fruit in Florida.

Larson put Kurt Busch into the wall during his attempt to pass Jones and Busch ricocheted into teammate Bubba Wallace’s car, wrecking him as well.

“Holy cow! We didn’t do anything! We just stayed down there!” Chastain said over his radio.

“I’m always the one going to the top early and making the mistake and there at the end it was like eight to go, and I was like, ‘I’m not going up there again,’” Chastain said. “I did that a couple of times today, I was like, ‘I’ll just ride on the bottom. I’m not going to lose the race for us.’

Chastain’s win was also the second for the Trackhouse Racing team, which is co-owned by Justin Marks and the entertainer Pitbull, who he thanked after the race.

“[Sponsors are] believing in us. We started the year with a lot of races open. We’re almost full now, and it’s because of the vision of Justin Marks. Pitbull Armando, we won, yea!!”

The Associated Press contributed to this report