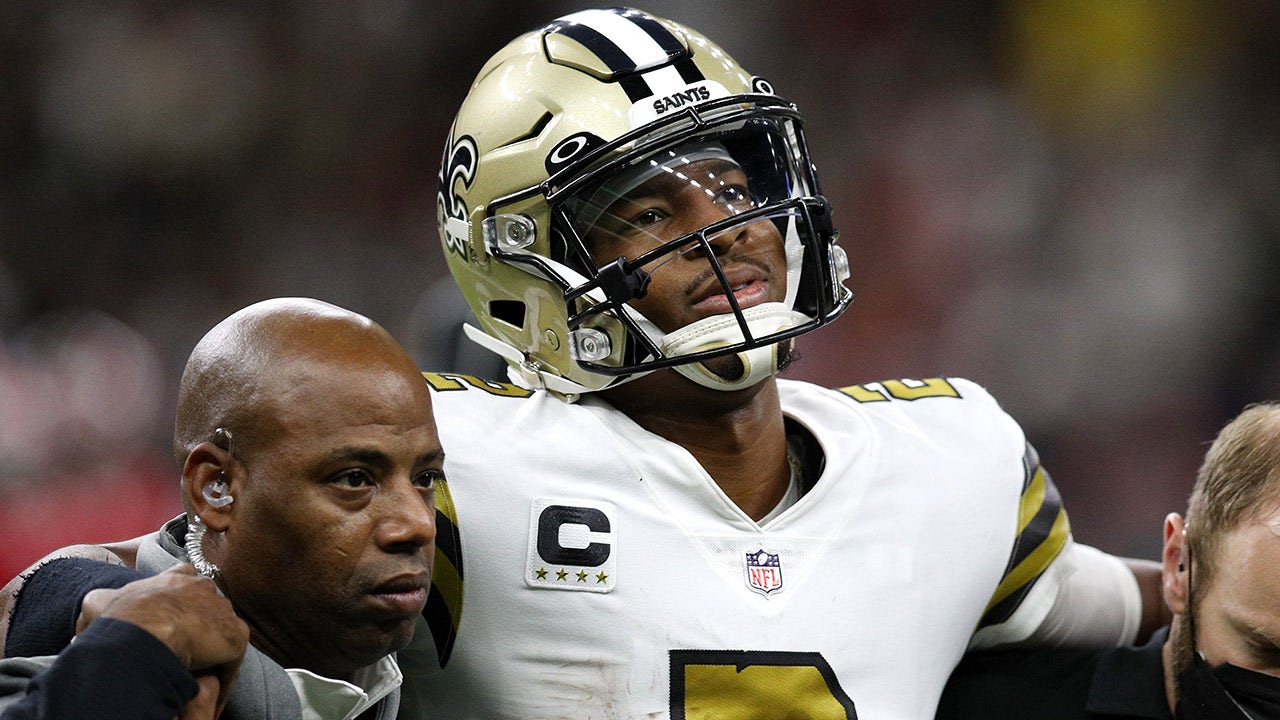 New Orleans Saints quarterback Jameis Winston may have suffered a serious injury during the team’s game against the Tampa Bay Buccaneers but he was still celebrating the big divisional victory.

Winston was seen in the locker room still dancing and hollering with his teammates while on crutches as the Saints were jubilant following the 36-27 win.

Trevor Siemian took over for Winston after he injured his leg on a horse-collar tackle from Buccaneers linebacker Devin White. Saints coach Sean Payton said the injury looked “significant.”

Saints quarterback Jameis Winston is tended to after being injured during game against the Tampa Bay Buccaneers in New Orleans, Sunday, Oct. 31, 2021.
(AP Photo/Butch Dill)

“He felt something and he’s on crutches right now. I don’t want to say until I have a chance to talk with the doctors,” Payton said.

TITANS’ DERRICK HENRY MAY BE OUT FOR SEASON DUE TO FOOT FRACTURE: REPORT

According to the NFL Network, Winston suffered an apparent ACL injury with possible damage to his MCL. He was 6-for-10 with 56 passing yards and 40 rushing yards before he went down with the injury.

Jameis Winston of the New Orleans Saints looks on against the Seattle Seahawks at Lumen Field on Oct. 25, 2021, in Seattle, Washington.
(Steph Chambers/Getty Images)

Siemian finished 16-for-29 with 159 passing yards and a touchdown.

As far as Siemian’s standing with the Saints for the rest of the season, it’s unclear. Drew Brees said Sunday night he wasn’t coming back and the team reportedly has no plans to work out Cam Newton just yet.

Jameis Winston is carted off the field after being injured against the Tampa Bay Buccaneers in New Orleans, Sunday, Oct. 31, 2021.
(AP Photo/Derick Hingle)

Taysom Hill could be an option once he clears concussion protocol. He reportedly could be back on the field for the Saints next week against the Atlanta Hawks.