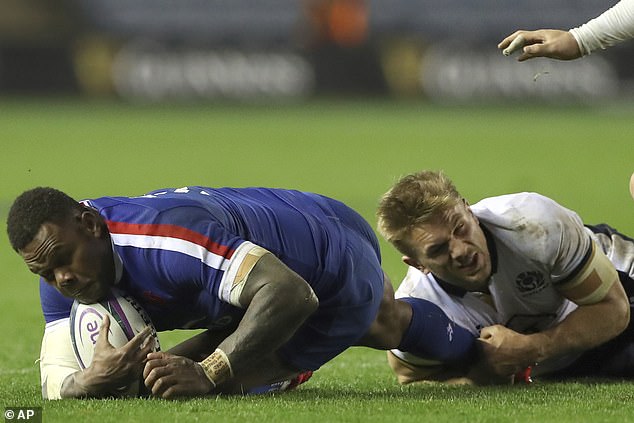 France centre Vatakawa went over early in the second period to claims the only try of the game to create a 19-12 lead and while Duncan Weir pulled back three points, Ramos scored his fourth penalty of the match to extend the winning margin.

Neither side could be separated at the interval with the scores locked at 12-12, with Weir kicking over a quartet of penalties to cancel out Ramos’ three along for France with Matthieu Jalibert’s drop goal.