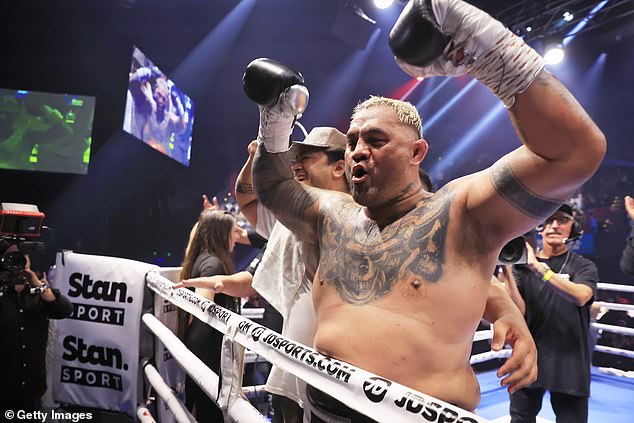 Mark Hunt has secured an upset of the year contender after the 48-year-old knocked out Sonny Bill Williams to provide the fairytale ending to his career.

Williams entered Saturday night’s contest the bookies’ favourite to defeat Hunt, who had previously lost to the All Black legend’s arch rival, Paul Gallen, back in 2020.

However, Hunt sprung a huge shock when he floored Williams in the fourth round. The former NRL star survived the ten count but Hunt smelt blood, pouring shots down on his rival before the referee stepped in. 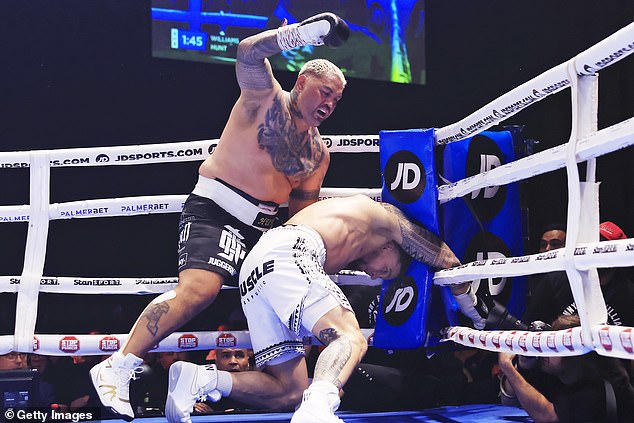 The 48-year-old floored his opponent in a sensational fourth round, sending him to the ropes 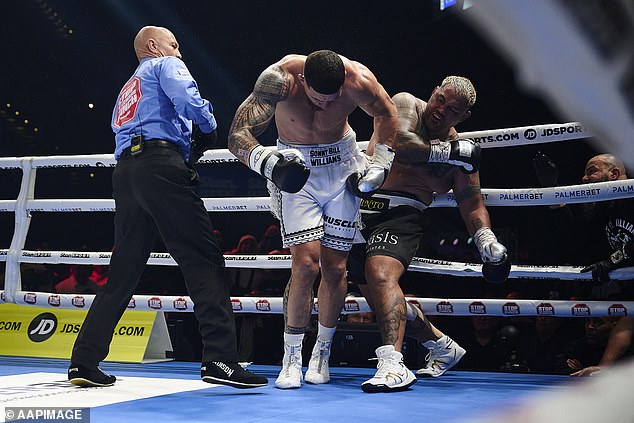 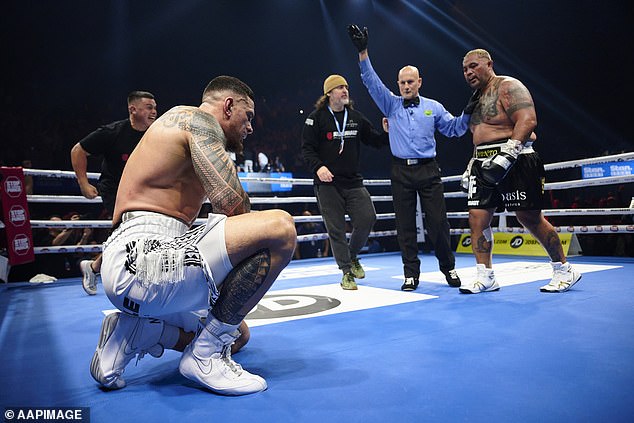 The referee swiftly stepped in to wave off the contest, handing Hunt a monumental victory 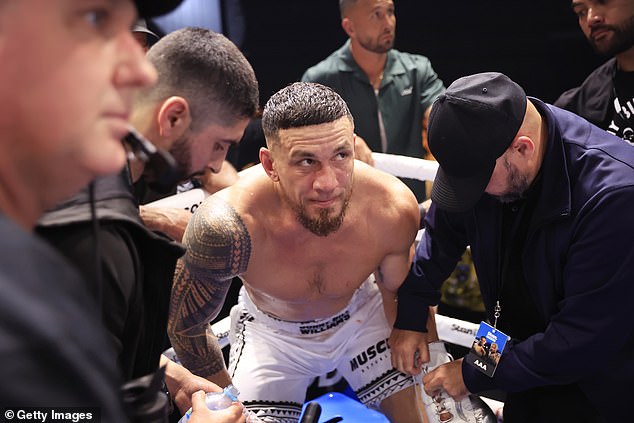 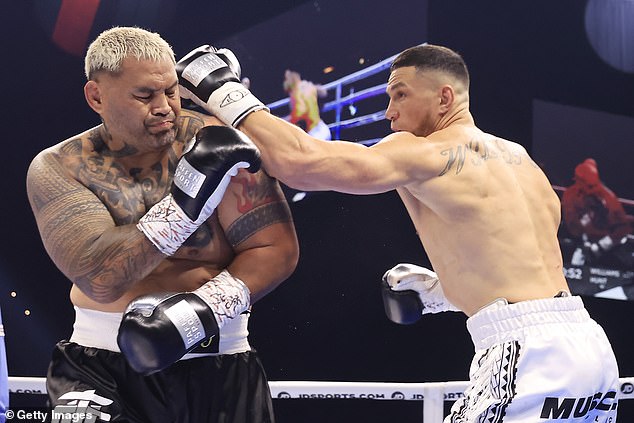 Williams was humble in defeat, crediting the veteran and expressing gratitude for sharing the ring with him.

‘I would like to say it was an honour to share the ring with Mark Hunt tonight, the Super Samoan,’ he said on Stan Sport. ‘I tried my best but it wasn’t good enough.

‘Not too much positives to take from that, but to share the ring with a legend like Mark, it was special.

‘Also to see a lot of Polynesian brothers get a chance on the card was special. Whatever happens happens.’

Meanwhile, an elated Hunt said: ‘I’m smiling not because of the win, but I’m smiling because this is the last time I walked into a ring of combat of any sorts.