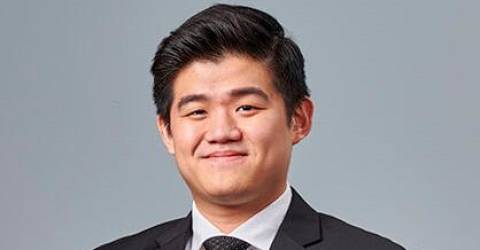 The completion of the regularisation plan will allow Southern Score Builders to return to a better financial standing and profitability. Further, the acquisition of SSSB will allow the company to diversify its business into construction management services whereby the company is expected to benefit from expected recovery in the construction sector.

Following the acquisition, Southern Score Builders will be involved the provision of construction management services mainly for high-rise residential buildings. Trading of the company’s shares has resumed after being suspended since December 2020.

Executive director and CEO Gan Yee Hin (pic) said Southern Score Builders, as a listed entity, will be able to expand its construction services while leveraging on expertise and business network.

“We are also intensifying our venture in Industrialised Building System (IBS) production through the construction of a manufacturing plant as we see demand growing from the construction sector,” he added.

It adopts IBS in most of its development and construction projects which is aimed at increasing productivity and improving quality of its projects. Besides that, SSSB offers a building process which enables scalability and flexibility with lower exposure to cyclicality and house prices.

The regularisation plan involved, among others, the acquisition of the entire equity interest in SSSB from Super Advantage Property Sdn Bhd for RM252.0 million via the issuance of 1.68 billion consideration shares. Super Advantage, being the vendor of SSSB, provides net profit guarantee of RM80.0 million over the three-year period from 2022 to 2024.

Other than the acquisition, the completed regularisation plan also entailed the consolidation of every 10 existing shares in Southern Score Builders into one consolidated share; settlement of debt amounting to RM3.1 million to Southern Score Builders executive director Chai Tham Poh via the issuance of 20.67 million of settlement shares; private placement of 543.05 million shares at an issue price of 20 sen per share to identified investors; and exemption under the take-over rules from the obligation to undertake a mandatory takeover offer for the remaining Southern Score Builders shares not already owned by Super Advantage as well as Tan Sri Gan Yu Chai and Gan Yee Hin.