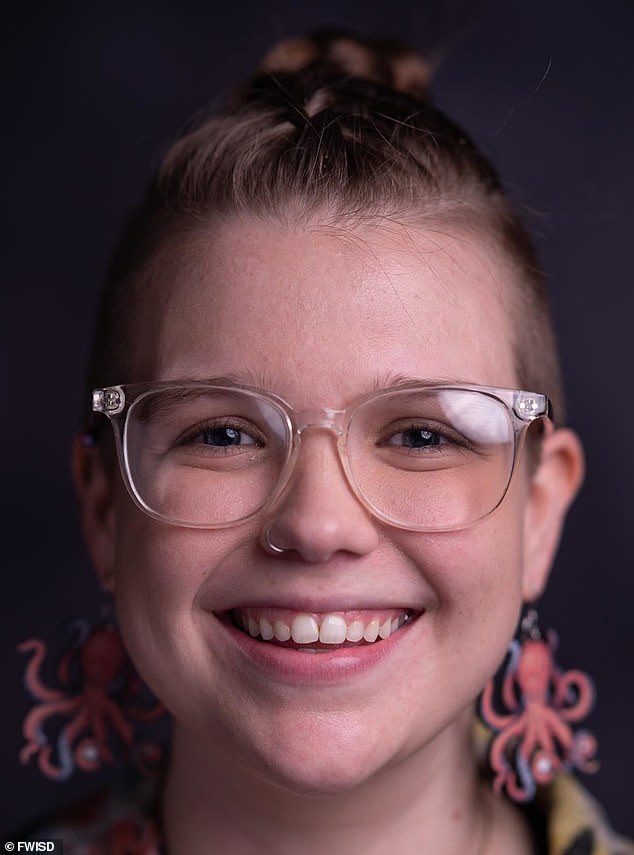 By Ruth Bashinsky For Dailymail.Com

A Texas middle school teacher that came out as non-binary is slammed for ‘indoctrinating’ students on Tik-Tok and interviewing them on non-binary identity.

Kelsey McCracken, a math teacher in W.A. Meacham Middle School, part of the Fort Worth Independent School District interviewed the students asking if a non-binary identity made them uncomfortable, Fox News Digital reported.

McCracken bragged that the students were ‘lining up’ at their ‘classroom door,’ to be ‘indoctrinated.’

The students were then told by McCracken to address them as ‘Mx’ (pronounced ‘mix’ instead of ‘Ms.’

Kelsey McCracken, a math teacher in W.A. Meacham Middle School, McCracken bragged that the students were ‘lining up at my classroom door,’ to be ‘indoctrinated’ 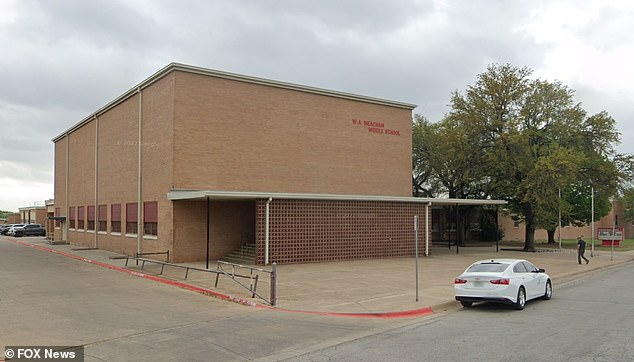 W.A. Meacham Middle School (pictured) is part of the Fort Worth Independent School District. Their was no mention on the school’s website on the matter 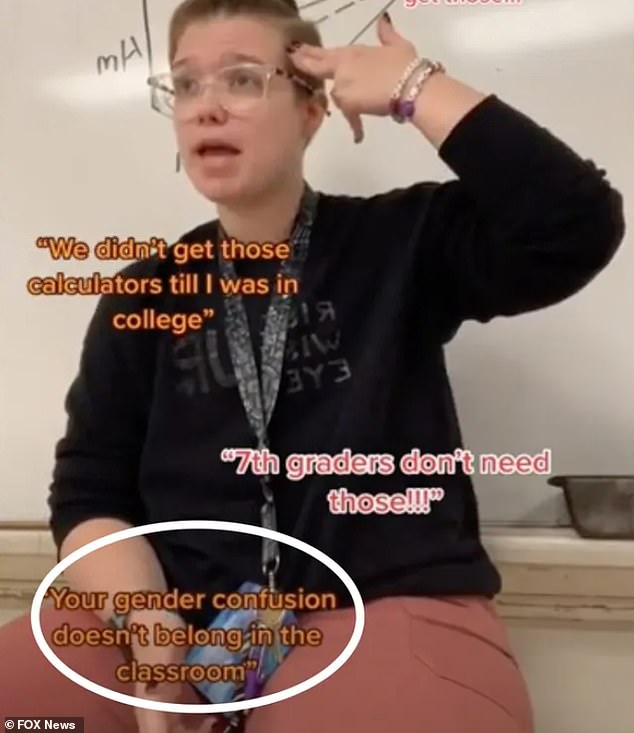 She expressed her distaste for the comments made and said in the video: ‘I cannot stand this sh*t. Bang, bang, bang, bang, bang — click, click — reload, can’t stand it,’ while using a hand pointing at their head as a gun

McCracken said ‘I’ve come out to my students All my students know that I’m non-binary. Most of my students call me Mx. Most of the staff calls me Mx or Coach.’

McCracken said some colleagues still address them as ‘Ms.’ but said the majority of the students have been ‘amazing,’ and refer to them as ‘Mx’ or call them by their first name, Kelsey.

It was not clear if McCracken’s middle school students were 12 or 13 years of age and if they were in the seventh or eighth grades, or both.

On the Meacham Middle School website Kelsey McCracken was listed under the math teacher faculty. There was no bio listed, just their photo and the name: ‘Mx. McCracken.’

There was no statement on the school’s website regarding the matter.

What appears to be the educator’s TikTok account that is listed as ‘Mixmcc: Mx.Cracken,’ is a private account with 1,597 followers.

McCracken responded to a TikTok comment which said the teacher shouldn’t be including their ‘gender confusion’ in the classroom.

Then they say: ‘I don’t know, maybe I’ll ask the kids’ opinion. Does calling me ‘Mx.’ make you confused? Does me going by ‘Mx.’ make y’all confused about yourselves? That’s interesting.’