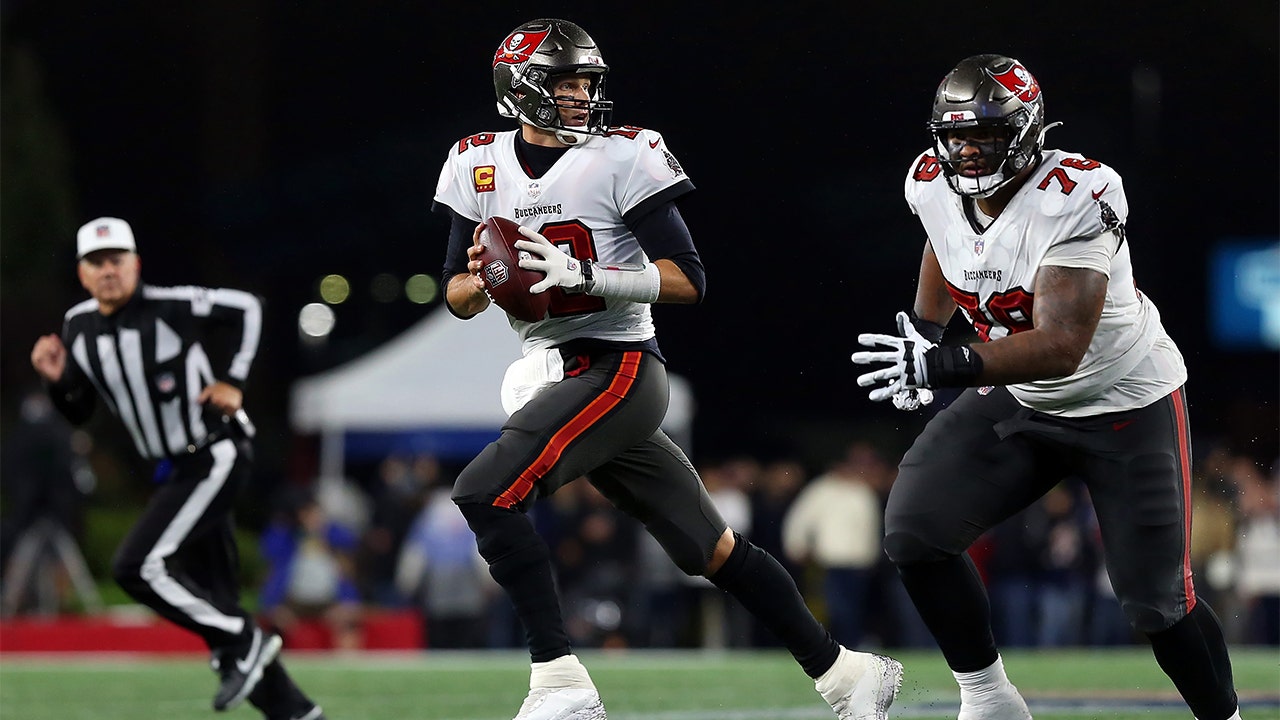 Tristan Wirfs has had quite a start to his NFL career.

The Buccaneers’ offensive tackle won Super Bowl LV with Tampa Bay as a rookie starter before becoming the first offensive lineman in franchise history to earn a first-team All-Pro selection – in just his second season.

But going into Tuesday, there was one thing Wirfs didn’t have — Tom Brady’s phone number.

Tampa Bay Buccaneers quarterback Tom Brady (12) rolls out looking for an open receiver as Tristan Wirfs (78) leads the way during the regular season game between the Tampa Bay Buccaneers and the New England Patriots on October 03, 2021 at Gillette Stadium in Foxborough, MA.
(Photo by Cliff Welch/Icon Sportswire via Getty Images)

“I don’t have Tom’s number,” Wirfs said during a press conference Tuesday, which prompted laughter from those in attendance. “No, I don’t think I’m there yet.”

Wirfs elaborated that afternoon, writing on Twitter that he never asked for Brady’s digits.

“Just so we’re clear I’ve never asked for @TomBrady number, but I’m sureee he’d give it to me if I asked…,” he tweeted.

Brady, who retired in February before coming back for another run with Tampa Bay, apparently heard those comments and decided to play a little prank on his teammate.

Tampa Bay Buccaneers Offensive Tackle Tristan Wirfs (78) during an NFL football game between the Tampa Bay Buccaneers and the Carolina Panthers on December 26, 2021, at Bank of America Stadium in Charlotte, N.C.
(Photo by John Byrum/Icon Sportswire via Getty Images)

“Tristan, we’ve been trying to reach you regarding your cars extended warranty,” Brady, 44, wrote in a text that he posted on Twitter.

“Just kidding your car is fine…it’s your favorite Qb,” he added.

Wirfs, 23, who was drafted by the Buccaneers in the first round in 2020, and has played a key role in protecting Brady, later replied to his quarterback, according to the text logs.

“Tommy!! Sorry your mentions were probably blowing up today,” he wrote.