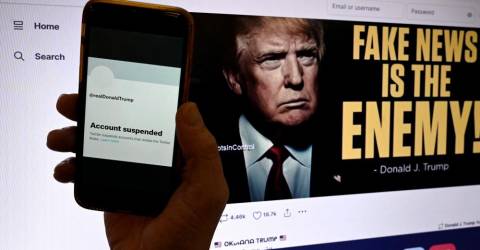 On Saturday, Twitter reinstated Trump’s account, which was suspended last year, following the January 6, 2021 events at the US Capitol. Billionaire entrepreneur Elon Musk announced after the completion of his poll on whether to reinstate Trump on Twitter that “The people have spoken. Trump will be reinstated. Vox Populi, Vox Dei.”

Over 15 million Twitter users participated in Musk’s 24-hour poll this weekend on whether to restore Trump’s page, with 51.8 per cent having expressed support for Trump’s reinstatement, while 48.2 per cent voted against it.

Trump said on social media on Saturday, commenting on Musk’s poll, that he was going to stick with his own Truth Social platform. “Vote now with positivity, but don’t worry, we aren’t going anywhere. Truth Social is special!” Trump wrote.

Trump was banned both from Twitter and Facebook following the Capitol riot on January 6, 2021. The platforms deemed that his activities in relation to the event violated their policies. The former president later launched a new social network Truth Social to fight Big Tech censorship and protect the right of free speech and expression. – Bernama