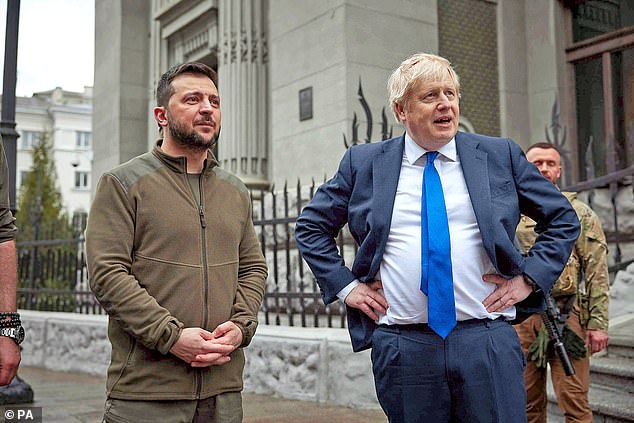 Petition for Boris Johnson to be made PM… in Kyiv: Ukrainian fan launches bid to get him citizenship so he can lead Zelensky’s government

By James Franey For The Daily Mail

Boris Johnson might be quitting as British prime minister, but he could make an instant return to frontline politics if the people of Ukraine get their way.

Fan Roman Maksymchuk has launched a petition on president Volodymyr Zelensky’s website for Boris to be made a citizen of Ukraine so he can lead the Kyiv government.

‘I ask you to consider the possibility of granting Ukrainian citizenship to Boris Johnson, and to submit his candidacy for the post of Prime Minister of Ukraine,’ he wrote.

At present, there is no vacancy as the job is held by Denys Shmyhal, a former regional governor.

The petition lauds Mr Johnson for his ‘clear position against the military invasion of Ukraine’ where he has become a cult hero for Britain’s staunch support in the fight against Russia. 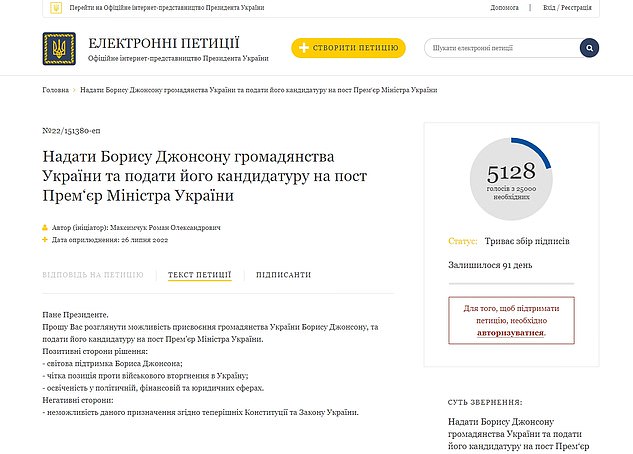 The petition (pictured), addressed to Ukrainian President Volodymyr Zelenskiy, lists Johnson’s strengths as: ‘Worldwide support for Boris Johnson, a clear position against the military invasion of Ukraine, (and) wisdom in the political, financial and legal spheres’

Mr Zelensky will be obliged to officially respond if it receives 25,000 signatures over the next three months. Last night, it had garnered just over 5,000 names.

A source close to the Ukrainian leader joked that the tongue-in-cheek campaign was ‘a good idea’.

The two men formed a close ‘bromance’ after Mr Johnson made two surprise trips to Ukraine during the war, including an impromptu walkabout in Kyiv, the capital city.

The Prime Minister could make a third before he leaves Downing Street in September. 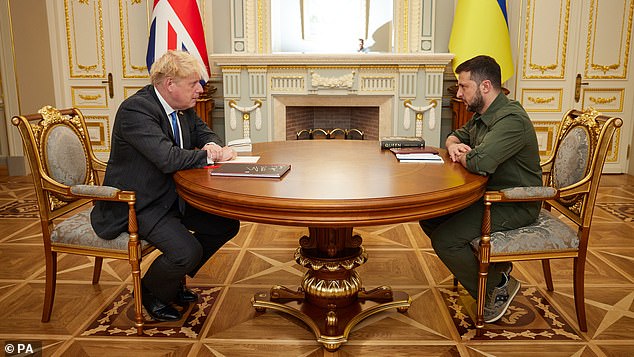 President Zelensky said of Boris Johnson: ‘I want him to be somewhere in politics in a position to be someone. I don’t want him to disappear’

Mr Zelensky, who has not commented on the petition, told TalkTV on Wednesday that he hoped the winner of the Tory leadership race will offer Mr Johnson a top job.

‘I want him to be somewhere in politics in a position to be someone. I don’t want him to disappear, but the decision is in the hands of the British people,’ he said.