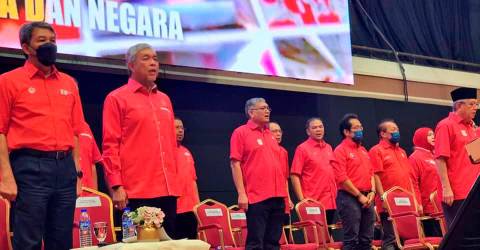 PETALING JAYA: Umno is facing an uphill task of raising funds ahead of GE15 because of its diminished clout in an increasingly fractured political landscape, according to Straits Times

Citing prospective donors, the Singapore newspaper reported that funders who had been supportive of Umno are now inclined to back some Opposition parties on the belief that no single party is expected to win a majority of seats in the next election.

Money will go to both sides because the outcome is so uncertain,“ an unnamed chief executive of a Malaysian publicly listed company that has long been aligned to Umno was quoted as saying.

The chief executive was among several other business groups that said they are now inclined to spread some of the funding to opposition parties as a hedge because they expect the new government will be formed with unlikely coalition partners.