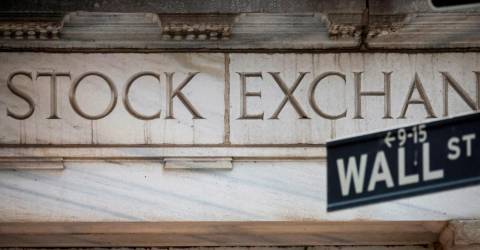 NEW YORK: Wall Street closed higher on Tuesday (Nov 15) as investors were upbeat about further signs US inflation is slowing and amid good earnings reports, but retreated from the day’s high after reports of a missile strike in Poland.

Nato and the Pentagon said they were looking into unconfirmed reports that two Russian missiles had landed inside Nato member Poland. The news sent stocks lower but major indices recovered ground by the closing bell.

“The market has been driven by the inflation number that came out a little bit lower than expected and confirmed last week’s number to some degree that we may have rounded the corner on inflation,” said Peter Tuz, president of Chase Investment Counsel in Charlottesville, Virginia.

The market was “a little bit more volatile this afternoon as news stories came out about the Russian missile landing in Poland,“ he said.

The US producer price index (PPI) slowed in October, and the annual PPI eased to 8.0%, adding to rising hopes the Federal Reserve can slow the aggressive pace of interest rate hikes after six increases this year, including four super-sized moves.

Walmart’s earnings, though weighed down by a huge payout to settle opioid lawsuits, reflected a resilient US consumer.

Jack Ablin of Cresset Capital said the pattern on Wall Street of a strong start that loses momentum towards the end of the day “certainly could be news from Poland”, but also could reflect some caution among institutional investors.

“We really had a trifecta of information between retail and PPI and the China reopening story, and you would think that would be a recipe for a bull market, but institutional investors don’t agree,” he told AFP.

Markets will be watching today for new data on retail sales and industrial output for signals on the strength of the US economy, while monitoring speeches from Fed officials for information on their thinking. – AFP, Reuters