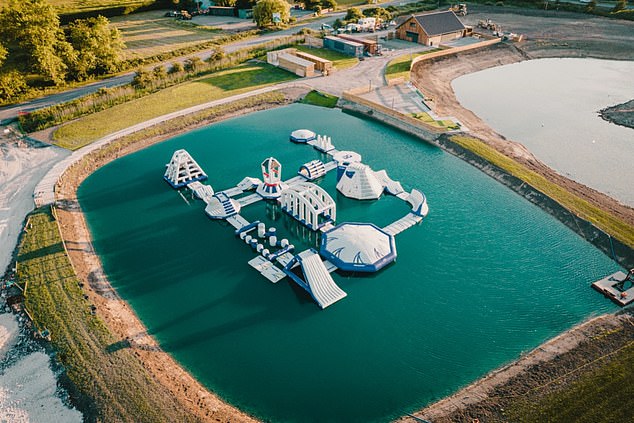 A water park has been forced to close after 20 people, including children, became struck down with a mystery illness that left them vomiting.

Whitemills Wake Water and Aqua Park in Sandwich, Kent, shut its doors yesterday after several people told the centre they had become ill after using its open-water lake.

Wayne Cooper, the park’s director, said the site will not reopen until it receives the results of new water samples.

He added: ‘This is all a mystery to us. We don’t know what has caused it. We had water samples two weeks ago and they were clear.

‘There were symptoms such as vomiting, but these were out of about 2,000 visitors to the centre over that week.

‘But we are on an open-water lake, not a chlorinated swimming pool. I don’t know what’s behind this.’ 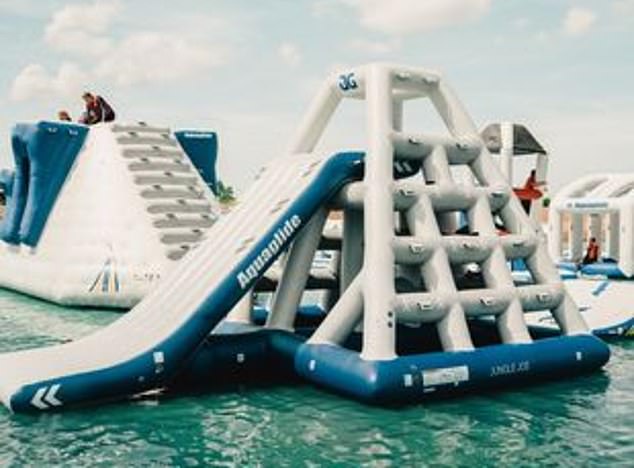 Wayne Cooper, the park’s director, said the site will not reopen until the results of new water samples are received

The alarm was first raised after some people reported symptoms of high temperatures and vomiting shortly after their visits.

Sharon Robinson said she was worried she had picked something up from the park after the people she visited with became poorly after visiting on Wednesday.

She added: ‘Please be careful if you have used the new Sandwich Aqua park this week. Two families are poorly today (including us) that used the lake on Tuesday.

‘Symptoms including temperature and vomiting. The council have been informed.’

Amanda Dwayne said: ‘Please don’t use the new aqua wake park just yet until they get the all clear for the safety of the water in the lake.

‘All people in our party – three separate families – have also been very sick within 48 hours of using the lake on Tuesday of this week and not including the people below who also used the park on the same day.’

The water park has said it is working closely with Dover District Council and public protection officials to discover the cause of the problem.

It is also contacting those who booked to visit the site and providing them with a voucher to use another time.

A spokesperson for Dover District Council said: ‘We are working with the UK Health Security Agency and the Whitemills Wake and Aqua Park to look into concerns in this matter.

‘DDC takes all complaints seriously and is carrying out a full and thorough investigation.’