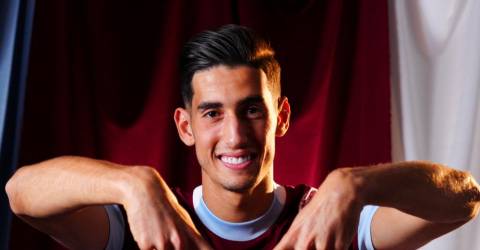 WEST HAM United have signed defender Nayef Aguerd from Ligue 1 side Rennes on a five-year contract, the Premier League club said on Monday.

“West Ham is a historic club. I saw a few of their games this year, and I saw the fans and the atmosphere were fantastic, with the bubbles!,“ Aguerd said.

Aguerd was a key figure for Rennes last season, making 40 appearances in all competitions as they finished fourth in Ligue 1 and reached the last 16 of the Europa Conference League.

The centre back, who joined Rennes from Dijon in 2020, has 25 international caps for Morocco since making his debut in 2016.

West Ham finished the Premier League season in seventh place and reached the semi-finals of the Europa League. – Reuters