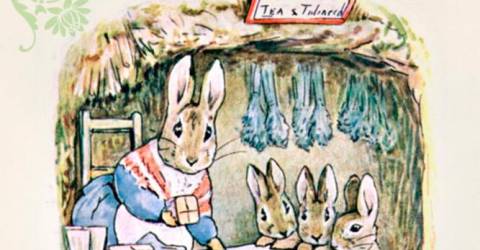 ILLUSTRATORS are capable of bringing to life a wide range of fascinating media that has fueled our thoughts and desires. An illustrator designs or draws images for use in advertisements, periodicals, and books, among other forms of media. Illustrators are professional artists who use visual representations to improve writing.

One of the most important duties of a graphic artist or graphic designer is to use their creative drawings to simplify confusing concepts or objects. This applies to children’s literature, where children may otherwise struggle to grasp ideas through text alone. Illustrations are consistent visuals that are intended to complement and enrich content while without disturbing the viewer. Undoubtedly, you remember the book your parents read to you over and over as a child, and you undoubtedly enjoyed the images. But can you identify the artist? Read on to learn more.

Beatrix Potter is among the most well-known artists of all time, permanently connected with a series of wonderfully realised children’s books beginning with The Tale of Peter Rabbit, but she, too, had to deal with advertisers who were just uninterested. Potter was a talented illustrator at the time she penned The Tale of Peter Rabbit, specialising in realistic replicas of fungus; she had also produced her own Christmas cards and sold images to publishers. But when she tried to sell Peter Rabbit in 1900, no one was interested. Instead of giving up, Potter had the story published at her own cost, which piqued the interest of Frederick Warne & Co., who eventually published The Tale of Peter Rabbit in 1902.

Maurice Sendak, who was born in Brooklyn in 1928, is often regarded as the twentieth century’s most influential children’s book author. Motivated by his father’s storytelling ability, Sendak always knew he wanted to be an illustrator from a young age. While still in high school, Sendak worked for All-American Comics before breaking into the children’s book market after meeting an editor at Harper & Brothers. He had written and illustrated seven novels and illustrated 43 others by the age of 34. Sendak revolutionised the entire notion of the modern picture book, both artistically and mentally, with his descriptions of wondrous far-away worlds that portrayed a darker aspect to childhood than most modern children’s books.

Judith Kerr is yet another illustrator whose childhood was influenced by the Holocaust; her family escaped Berlin in 1933, just before the Nazis took control. She wrote about it in a trilogy of semi-autobiographical novels beginning with When Hitler Stole Pink Rabbit in 1971, but her traumatic upbringing may have also inspired her most renowned work. One of the best-selling children’s books of all time, The Tiger Who Came to Tea, tells the story of a young girl and her mother who are visited by a friendly tiger who drinks everything in the home before leaving. It has been believed that the novel was inspired by Kerr’s childhood terror of Nazis showing up to take her father away; however, Kerr stated throughout her life that it was merely a fable about a tiger visiting for tea.

Before dedicating his life to writing and creating famous children’s book drawings, author P.D. Eastman worked at Walt Disney Productions, Warner Brothers’ animation section, and United Productions of America on projects such as Mr. Magoo. His writing career took off when he was posted to an army unit headed by Theodor Geisel (aka Dr. Seuss), and he was subsequently recruited by the famed author to work on titles with him at Random House. Eastman authored and drew scores of his own books, as well as contributing pictures to the works of other authors.

Quentin Blake is one of the most talented illustrators to come from the British literary scene, having contributed to over 250 books over his career. His eccentric cooperation with writer Roald Dahl is responsible for most of his popularity. Blake began his career at Punch Magazine, where he was the publication’s youngest-ever contributor at the age of 16. It was then that he developed his characteristic sketch-like sketching style. He began working with Dahl in the mid-1900s, and together they created some of the most memorable literary masterpieces, including James and the Giant Peach (1961), Willy Wonka and the Chocolate Factory (1964), The BFG (1982), Matilda (1988), and many others. He set out to enliven the language without dominating Dahl’s words. Blake was appointed England’s first Children’s Laureate in 1999 and continues to create engaging new work to this day.

Without Theodor Seuss Geisel, better known as Dr. Seuss, a list of notable children’s book illustrators would be incomplete. His novels, which are beloved by both children and adults worldwide, are amusing treasures that make a lasting impact. He began as a cartoonist and then moved on to design advertisements for firms such as NBC, Ford, and General Electric, to mention a few. In 1937, he published his first children’s book, Then To Think That I Saw It On Mulberry Street, and in 1957, he published the influential and unforgettable The Cat in the Hat, which rocketed him to fame.