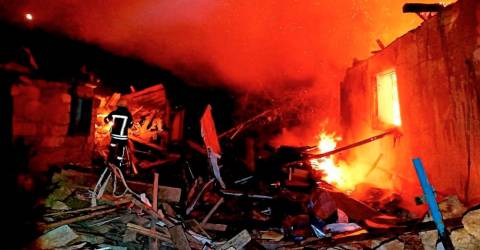 WASHINGTON: The White House announced Friday that the United States will provide Ukraine with an additional package of security assistance worth US$270 million.

According to a factsheet issued by the Department of Defence, the new round of aid includes four “High Mobility Artillery Rocket Systems” (HIMARS) and additional ammunition for the HIMARS, four command post vehicles, 36,000 rounds of 105mm ammunition, 3,000 anti-armor weapons as well as up to 580 “Phoenix Ghost” tactical unmanned aerial systems, reported Xinhua.

Part of the package, totalling US$175 million, will be approved directly by President Joe Biden under the presidential drawdown authority (PDA), the Pentagon said, with the remaining US$95 million coming from the Department of Defence-led Ukraine Security Assistance Initiative (USAI) funds.

While weapons approved by the PDA are drawn directly from existing Pentagon stocks, the USAI is an authority under which the US government procures weapons from the industry via contracts.

The newly announced package brings total US commitment of security assistance for Ukraine to approximately US$8.2 billion since the start of the Biden administration, according to the factsheet. — Bernama