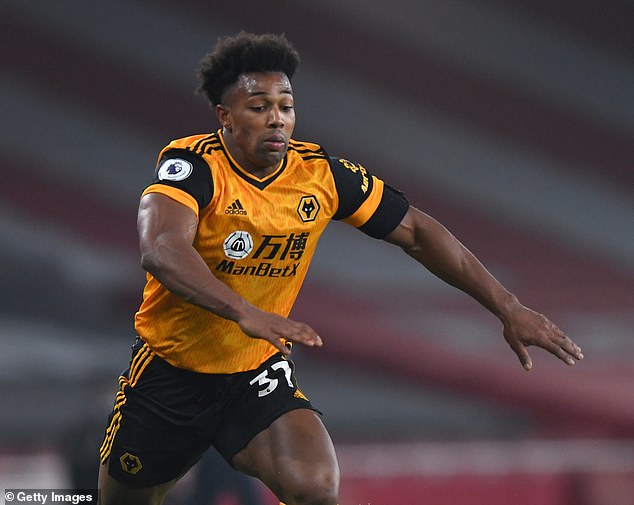 Wolves have savagely ripped into Granit Xhaka’s attempts to defend against Adama Traore during their win at Arsenal last weekend.

The West Midlands club took to video-sharing site TikTok with a short clip showing Xhaka backpedalling at the Emirates while speedster Traore hurtled towards him with the ball.

The comical footage was captioned ‘How NOT to mark Adama Traore’ and showcased Xhaka’s woes to a soundtrack of bizarre, flute-heavy music. 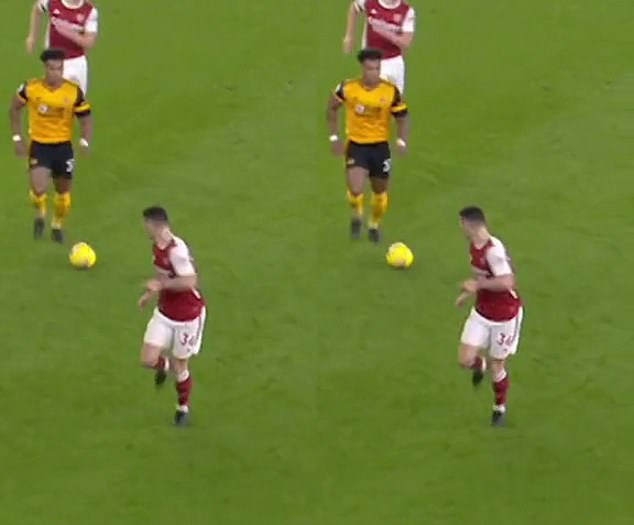 Traore was found at his frightening best in the fixture and played a crucial role in both of Wolves’ goals.

The 24-year-old’s ability to breeze past opponents down the flanks is no secret, and Xhaka became the latest player to fall victim to a piece of clever footwork.

The Switzerland international was caught in the clip backing off Traore after Willy Boly’s long ball picked him out downfield.

Traore initially decides to jink towards the halfway line with Xhaka behind him, before another angle shows the full extent of the forward’s lightning drive at Arsenal’s box. 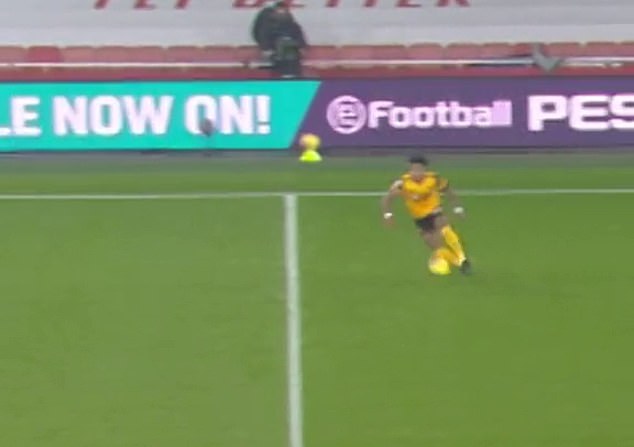 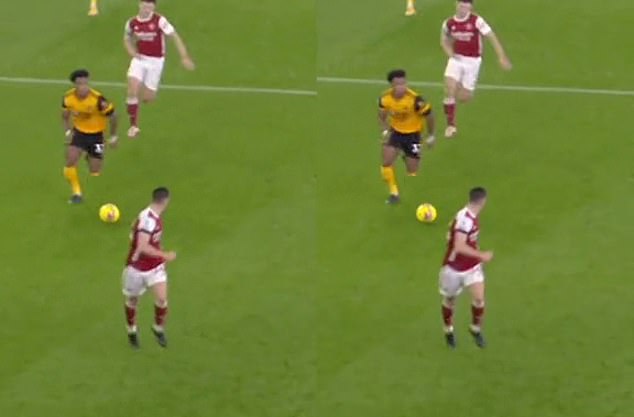 The video, which is accompanied with humorous music, shows the full extent of Traore’s dash

A poke through the home side’s backline, which Xhaka was also unable to cut out, rounds off the footage.

Wolves took all three points after Pedro Neto and Daniel Podence found the target either side of Gabriel Magalhaes’ leveller.

The clash was marred by a horrific skull fracture sustained by Raul Jimenez after a sickening clash of heads with David Luiz.

Arsenal’s poor showing resulted in their third consecutive defeat at the Emirates in the Premier League – and Wolves’ heavy-handed TikTok will only further the feeling of frustration currently felt at the club.