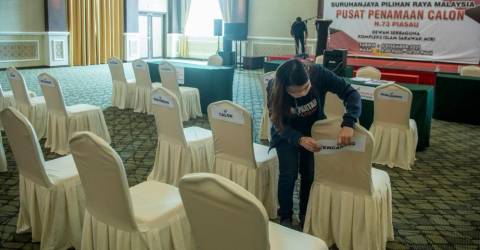 “I hope the nomination process tomorrow runs smoothly without any provocative incidents,” she told Bernama today.

A total of 30 workers will be on duty at the nomination centre tomorrow, including two representatives from the Health Ministry.

Early voting has been set on Dec 14 and polling on Dec 18.