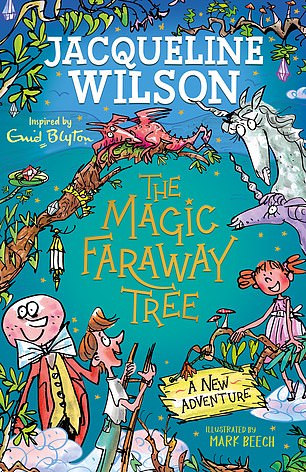 By Sally Morris for the Daily Mail

Living in the tree are old favourites Silky the fairy, ­Moonface, Angry Pixie and Saucepan Man (who now sings rap on his pans as everyone buys their new ones online).

Wilson vividly conjures up the imaginative worlds that visit the treetop each day, mixing traditional themes such as unicorns and princesses with contemporary bouncy castles — but adds some witty feminism and spiky humour of her own in this delightful updating. 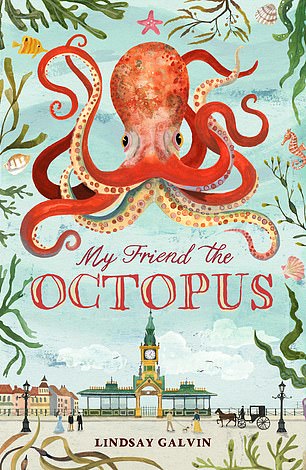 MY FRIEND THE OCTOPUS

When 12-year-old Vinnie Fyfe’s adored London milliner mother suddenly decides to go to Paris, she leaves Vinnie with her aunt who runs a tea shop in Brighton, where the local aquarium draws the Victorian crowds.

Ghost, a giant octopus, is the top exhibit, and homesick Vinnie connects with the shy creature who communicates by changing colour to mimic Vinnie’s clothes. She starts to draw Ghost, but at the same time a menacing figure from London is stalking her, demanding to know where her mother is and forcing Vinnie to confront some harsh truths that will change her life for ever. 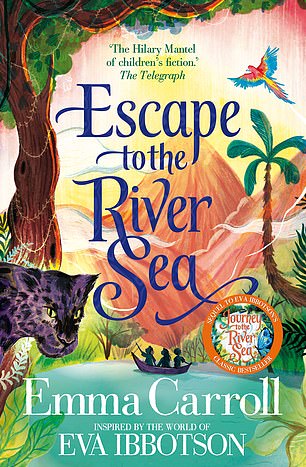 ESCAPE TO THE RIVER SEA

It’s hard to follow Eva Ibbotson’s award-winning modern classic, Journey To The River Sea, but the choice of children’s historical novelist Emma Carroll to write a sequel is an inspired one.

It’s now 1946 and young Rosa, a Kinder transport child, has been in England for seven years awaiting news of her missing German family.

When naturalist Yara, a friend of the Taverner family with whom she is staying, offers to take her on a quest to find the giant sloth in Brazil, Rosa gradually becomes aware that there is a dangerous mystery at the heart of her trip.

It’s a joy to rediscover ­Ibbotson’s original characters Maia and Finn alongside a new generation in this gripping adventure, set against the lush backdrop of the Amazon, packed with wartime detail and a powerful environmental message.