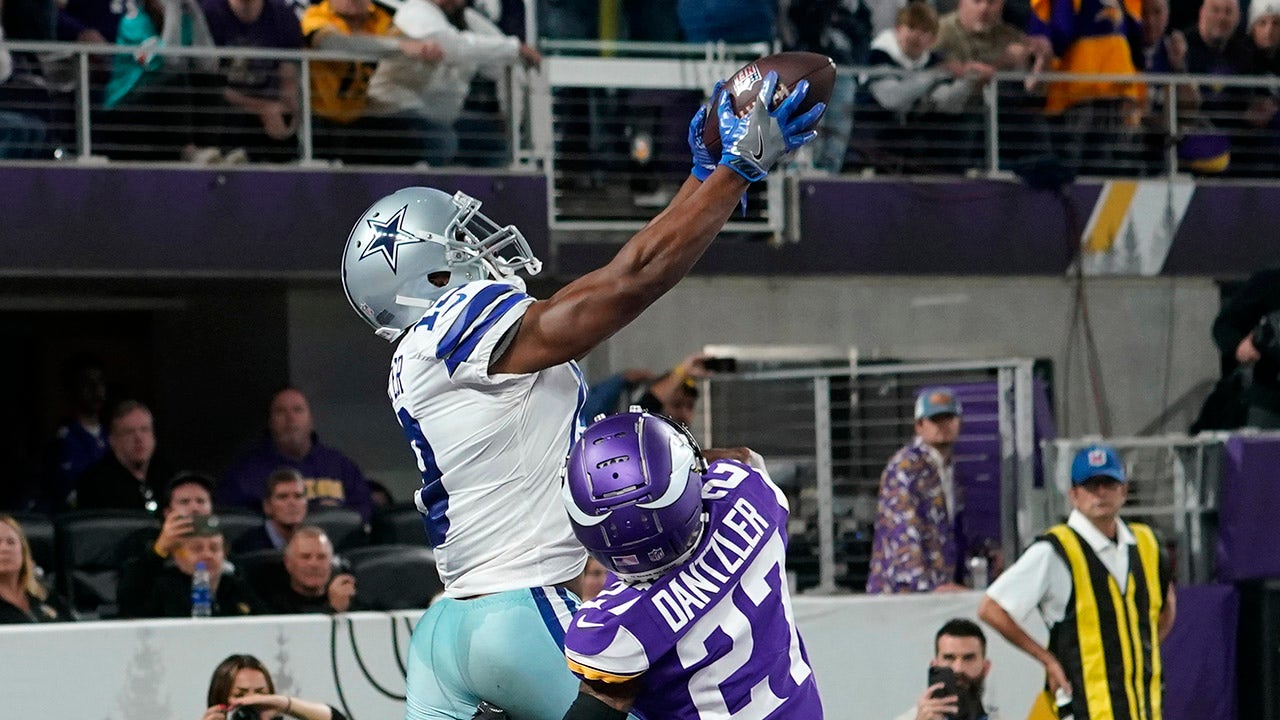 Cooper Rush turned out to be the unsung hero for the Dallas Cowboys as he stepped into the starting quarterback role in place of an injured Dak Prescott on Sunday night.

Rush, who had been with the Cowboys and New York Giants from 2017 to 2021, was making his first start against the Minnesota Vikings and led the team on a game-winning drive in the fourth quarter and made history in the process.

Dallas Cowboys quarterback Cooper Rush (10) throws a pass during the first half of an NFL football game against the Minnesota Vikings, Sunday, Oct. 31, 2021, in Minneapolis.
(AP Photo/Jim Mone)

Before history was made, Rush tossed the ball to Amari Cooper who was battling with Vikings cornerback Bashaud Breeland down the right sideline. Rush’s throw hit Breeland in the chest. Breeland’s hand would tip the ball up just enough for Cooper to find it in the last minute and come down with it.

The amazing catch set up the game-winning touchdown a few plays later.

Rush found Cooper in the corner of the end zone for the touchdown. Dallas would win the game 20-16.

NFL Research dropped some interesting tidbits about Rush’s touchdown pass to Cooper and the terrific start for Rush, who was 24-for-40 with 325 passing yards, two touchdowns and an interception.

“The Cooper-Rush-to-Amari-Cooper TD is the 1st in NFL history where the passer’s first name & receiver’s last name are an exact match,” NFL Research tweeted.

“Cowboys also have the only pass TD where passer’s LAST and receiver’s FIRST were an exact match: Andy Dalton-Dalton Schultz in Wk 11, 2020 at MIN.”

NFL Research added: “Central Michigan alumnus Cooper Rush is the first QB to throw 300+ pass yards and win in his first career NFL start in a primetime road game since Gary Hogeboom in Week 1, 1984 on MNF …

“Hogeboom was drafted out of Central Michigan and won that game for the @dallascowboys.”

The Dallas offense didn’t appear to miss a beat with Prescott out. Cooper had eight catches for 122 yards and CeeDee Lamb had six catches for 112 yards. Cedrick Wilson had the other touchdown grab. He finished with three catches for 84 yards.

The Vikings had a 10-3 lead at halftime but only managed to score six points in the second half.

Kirk Cousins was 23-for-35 with 184 passing yards and a touchdown pass to Adam Thielen. Dalvin Cook had 78 rushing yards on 18 carries.

Xavier Woods had the interception off Rush.