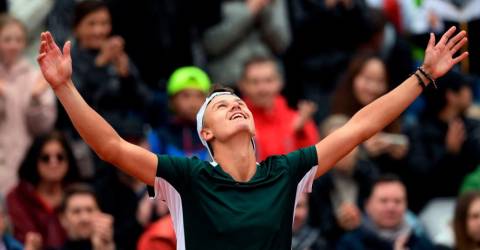 Rune, 19, was 4-3 down in the first set when his opponent retired after feeling chest pain, making him the first Danish winner of an ATP trophy since Kenneth Carlsen in 2005.

“This was probably the worst way to win a final,“ said Rune, ranked 70th in the world.

“I was obviously expecting a very tough match and he came out very strong. I just wish him all the best, a speedy recovery, and we all just hope to see him back on the court very soon.”

Rune did not drop a set all week but his standout moment was the second round victory over world number three Alexander Zverev — his first win over a Top 10 player.

“If I look through the week, what a week. I played some unbelievable tennis, really fighting my way through it.”-AFP