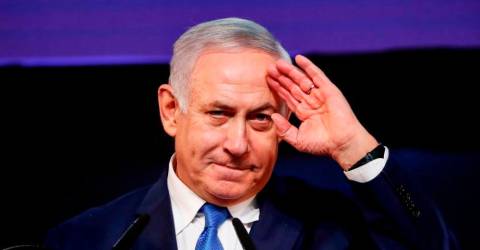 Anadolu Agency reported that thousands of Netanyahu supporters gathered outside the prime ministry building in West Jerusalem and protested against the government.

The Israeli government on Wednesday lost its parliamentary majority after the withdrawal of lawmaker Idit Silman from the fragile coalition.

With Silman’s withdrawal, the ruling coalition is left in a position of neck-and-neck with the opposition headed by former Prime Minister Benjamin Netanyahu at 60 parliamentary seats for both camps.

The current coalition government is formed by several Israeli right-wing, centrist and left-wing parties with 61 members backing the government of the 120-member parliament.-Bernama