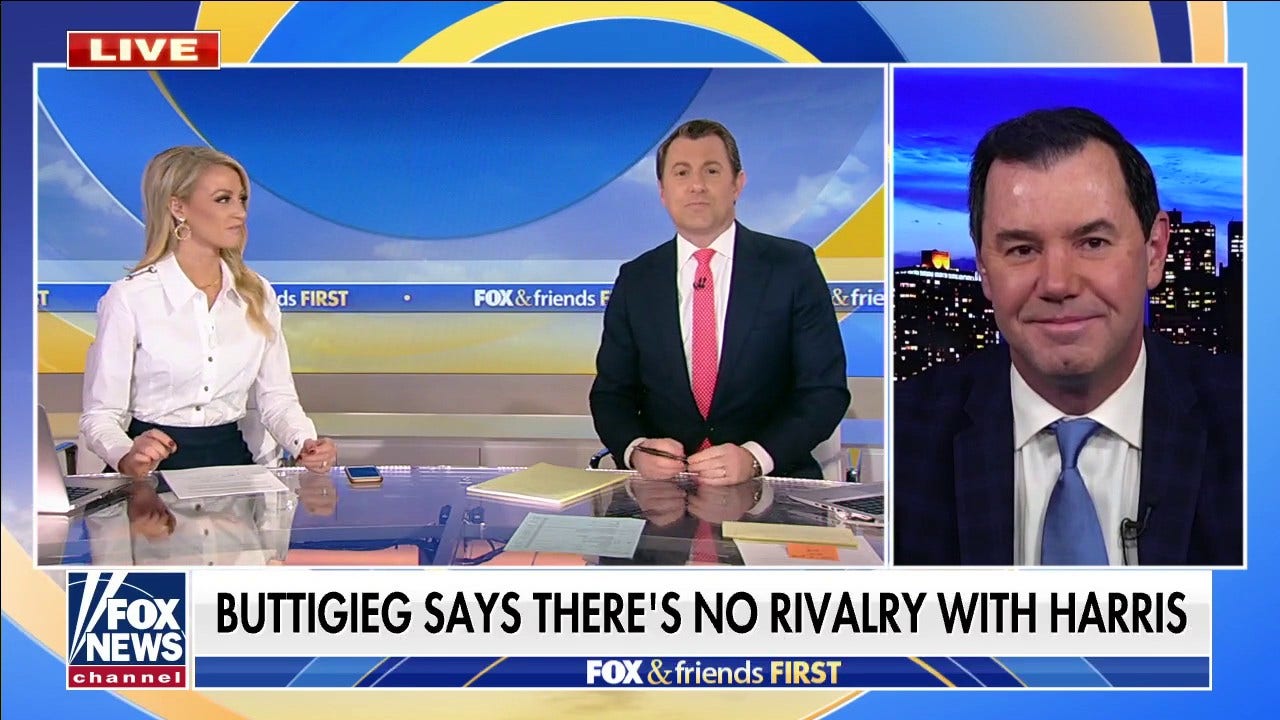 BUTTIGIEG REACTS TO RITTENHOUSE NOT-GUILTY VERDICT: ‘THERE’S JUST A LOT TO BE UPSET ABOUT’

JOE CONCHA: So, the palace intrigue stuff. It’s an easy question for Buttigieg to answer. ‘Oh, is there a rivalry? Of course not. We’re focused on our jobs.’

But, in the end, we know the scuttle bug is behind the scenes. Donors really really want people to just forget the vice president–they want him to be the nominee in 2024 at the top of the ticket. Because you look at the president’s poll numbers. Barely more than one-third of the country approves of this president’s performance. 28% approve of Kamala Harris. That is not a winning ticket. Particularly, when you see inflation and you see the supply chain crisis we just talked about and you see crime and you see the border and you see Afghanistan, and you see education where Democrats are the anti-parent party, that’s the perception. I wouldn’t want to defend those records right now.