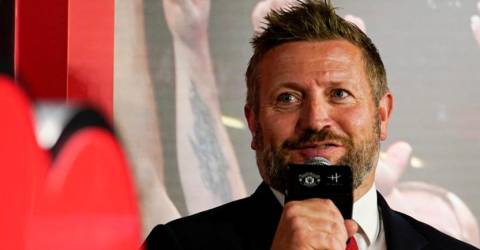 Arnold, who has been managing director for over eight years, was seen as a favourite to take over the reins of the English club after Woodward announced in April he would be stepping down.

Woodward, who has been with the club since the 2005 takeover by the American Glazer family, was one of the leading figures in the breakaway European Super League project that angered fans and sparked protests.

Woodward will depart on Feb 1 when Arnold takes over as CEO, a role which has been vacant since David Gill’s highly successful tenure ended in 2013.

Woodward and Arnold have been credited with driving the club’s commercial success and overseeing the signing of several lucrative sponsorship contracts.

United, which won its last Premier League title in 2013 under the guidance of Alex Ferguson, has had a difficult first half of the season, leaving the 20-time English champions in seventh place and costing its former manager Ole Gunnar Solskjaer his job. – Reuters