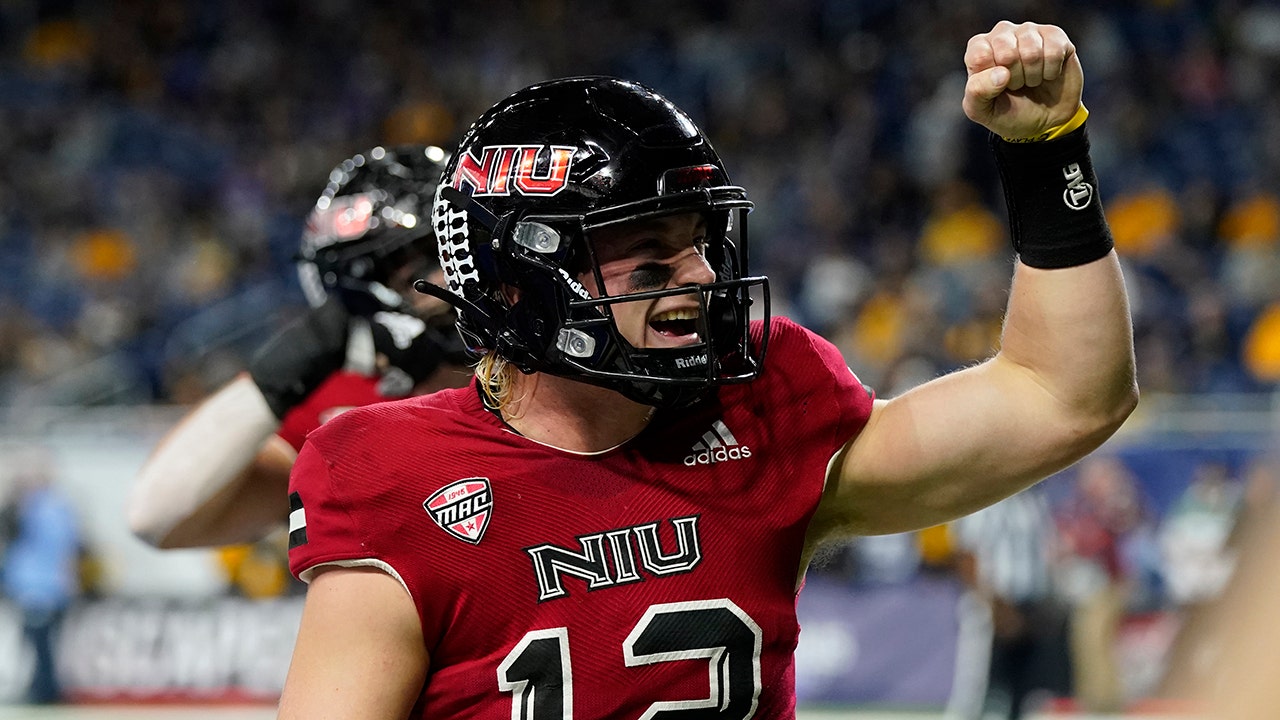 The Huskies lost all six games in 2020 in Thomas Hammock’s second season as the team’s head coach but fought back to prominence, culminating in a 41-23 victory over Kent State to win the school’s sixth conference title and secure a bowl bid later this month.

Northern Illinois quarterback Rocky Lombardi took apart the Kent State defense on the ground. He had eight carries for 17 yards but ran for three touchdowns in the win. He also was 7-for-15 passing for 102 yards and an interception.

Running back Jay Ducker racked up 146 yards on the ground on 29 carries. Trayvon Rudolph led the team with three catches for 50 yards.

GEORGIA NOT WORRIED ABOUT THE PAST, AS KIRBY SMART LOOKS TO FINALLY BEAT THE ALABAMA BUG

Kent State’s quarterback Dustin Crum was 11 of 21 for 128 passing yards, a touchdown pass and two interceptions. Collin Schlee also had a touchdown pass in the game. Schlee ran for one more.

Northern Illinois went up 17-0 at halftime and maintained its lead throughout the second half to secure the victory.

Northern Illinois quarterback Rocky Lombardi reacts toward fans after scoring on a 1-yard run during the first half against Kent State, Saturday, Dec. 4, 2021, in Detroit.
(AP Photo/Carlos Osorio)

It’s the Huskies’ first MAC title since 2018 and will likely be their first bowl game since that season.