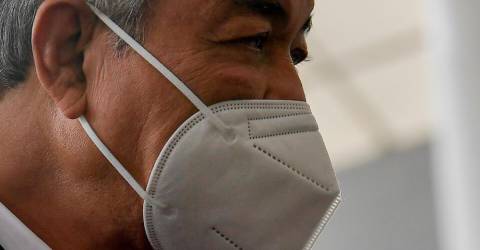 He said it was something that he and several other politicians in the country had to face.

Ahmad Zahid said this when being cross-examined by Deputy Public Prosecutor (DPP) Datuk Raja Rozela Raja Toran in his defence trial against 47 charges, 12 of which were of CBT, eight of corruption and 27 of money laundering involving tens of millions of ringgit belonging to Yayasan Akalbudi (YAB).

Raja Rozela: Throughout the trial, there was no evidence submitted by the prosecution that can be tied to political motive other than the fact that you are a politician.

Ahmad Zahid: Not on paper, but in hindsight, I know for sure that it is politically motivated.

Raja Rozela: Yesterday, you mentioned about misappropriation of funds or CBT and you named three Members of Parliament in that context. When I heard that, I can’t help but think that politics and money seemed to be inseparable, is it reasonable for me to say that?

Ahmad Zahid: Every politician of any party, needs money to carry out political activities. Money isn’t everything, but everything needs money.

The Bagan Datuk Member of Parliament, however, disagreed with the DPP’s suggestion that cases of corruption, graft and fraud, were becoming rampant in the country

Raja Rozela: So, you haven’t read the recent article in The Wall Street Journal saying that Malaysia has been ranked the number one most corrupt country in the world? It’s sad. Have you read it, Datuk Seri?

Ahmad Zahid: At a glance.

When asked whether there was a truth in the article, Ahmad Zahid said: “The article was based on two elements namely corruption and corruption perception, which I think the perception was given more priority than the actual index.”

However, he agreed with Raja Rozela’s suggestion that corruption was still a concern.

Ahmad Zahid also agreed with the DPP’s suggestion that the country upholds the ‘rule of law’ principle and that everyone, rich or poor, is equal before the law.

However, not for selected charges, he said.

Raja Rozela: I give an example, if a politician was accused of accepting bribes, among the defence given would be that the charge was a political conspiracy, but if the accused is a school gardener, there is no way the same defence can be used, do you agree?

Ahmad Zahid: If the gardener is the division head or an office-bearer in a political party, the same thing will happen to him.