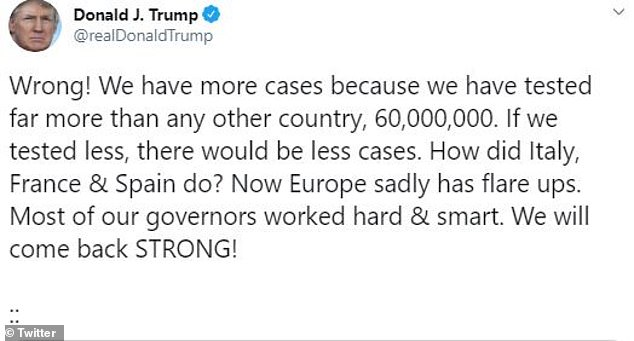 Donald Trump says Dr. Fauci is WRONG to say the U.S. is seeing a sharp rise in COVID-19 cases and repeats claim that 60M tests mean MORE cases – as he enjoys another day of golf

By Matthew Wright For Dailymail.com

While he was busy spending most of Saturday golfing, President Donald Trump did take some time to slam infectious disease expert Dr. Anthony Fauci on Twitter.

The president insisted the expert was wrong to say that cases are surging in the US – despite the country surpassing 4,579,000 COVID-19 cases and more than 153,000 deaths as of Saturday.

Trump retweeted a CBS News tweet that featured a clip of Dr. Fauci speaking at congress on the surge of coronavirus cases in several states across the United States.

‘Wrong! We have more cases because we have tested far more than any other country, 60,000,000,’ Trump said in the Saturday afternoon tweet.

‘If we tested less, there would be less cases. How did Italy, France & Spain do? Now Europe sadly has flare ups. Most of our governors worked hard & smart. We will come back STRONG!’

Trump tweeted just moments after her was pictured enjoying yet another day out on the golf course at the Trump National Golf Club.

President Donald Trump declared that Dr. Fauci was ‘wrong’ to say that the country was seeing a rise in coronavirus cases 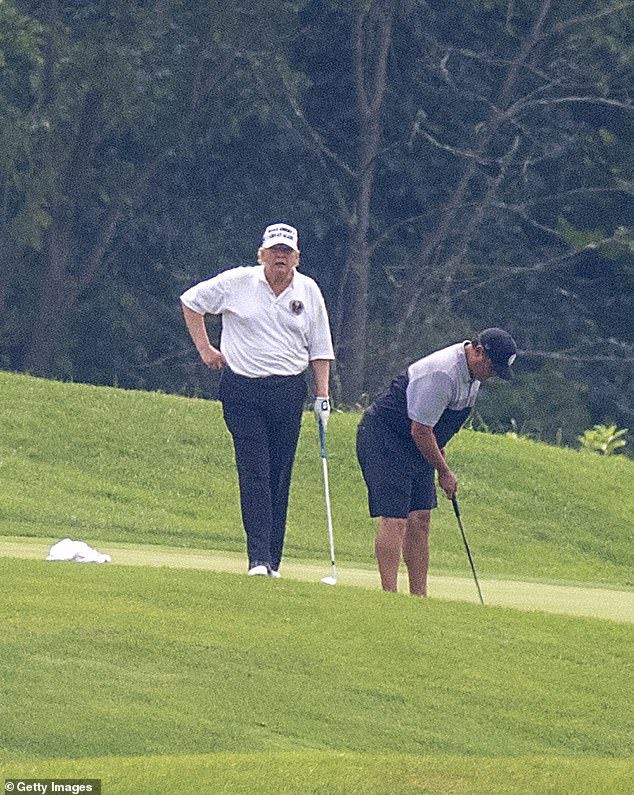 He had been silent on Twitter for most of the day as Trump had been golfing at the Trump National Golf Club in Potomac Falls, Virginia 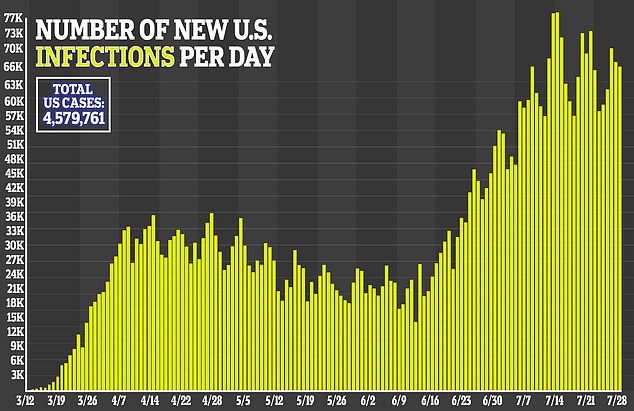 Trump dismissed claims that coronavirus cases are on the rise – even as the country surpasses 4,579,000 COVID-19 cases 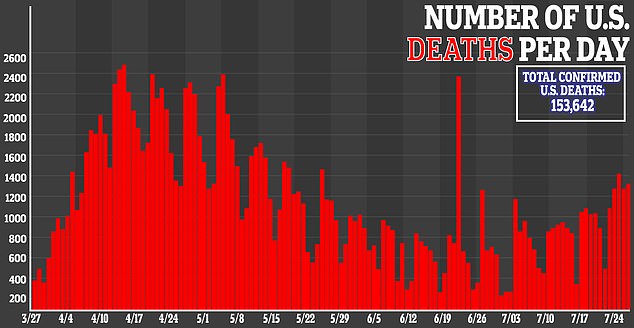 During Friday’s House committee hearing, Fauci explained why the shutdown didn’t have as much of an impact as desired in comparison to other countries.

‘I stand by my previous statement that the increase in cases was due to a number of factors, one of which was that in the attempt to reopen, that in some situations, states did not abide strictly by the guidelines that the taskforce and the White House had put out and others that even did abide by it, the people in the state actually were congregating in crowds and not wearing masks,’ Fauci said, when asked by Rep. Jim Clyburn to address the president’s claims in a tweet addressing the representative.

Fauci said that while other countries’ shutdowns actually shut down about 95 per cent of activity, the best the U.S. got to was about 50 per cent.

‘There was such a diversity of response in this country from different states that we really did not have a unified bringing everything down,’ he said. 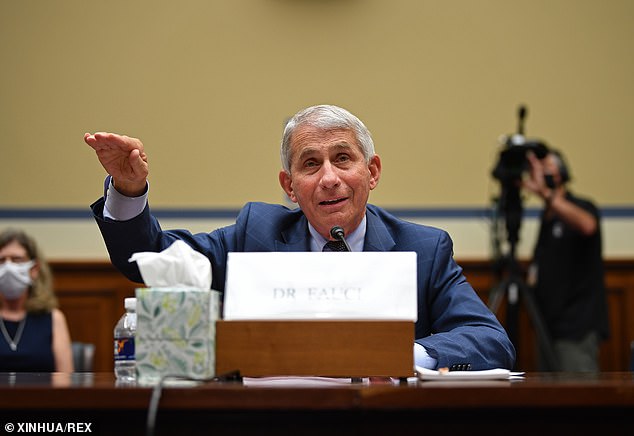 During Friday’s House committee hearing, Fauci explained why the shutdown didn’t have as much of an impact as desired in comparison to other countries 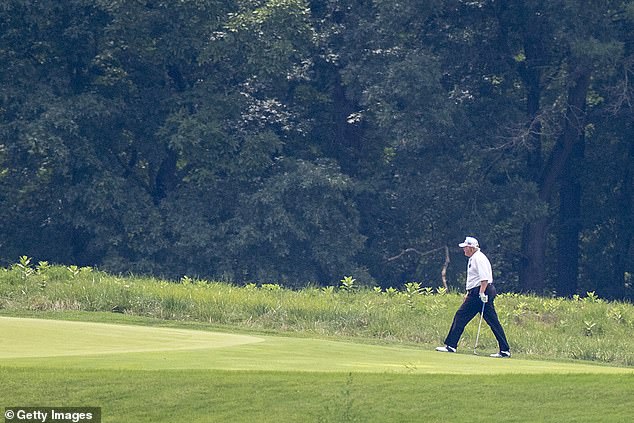 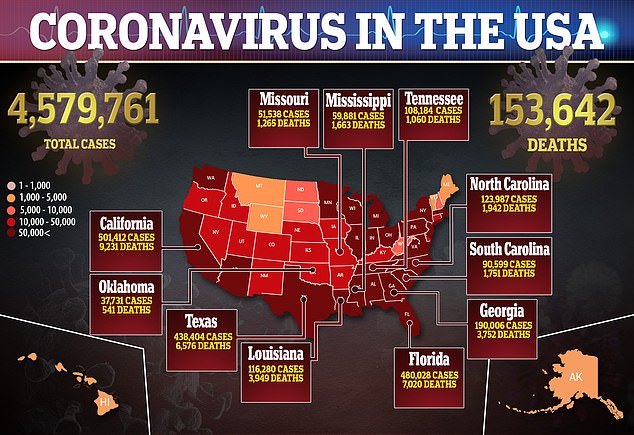