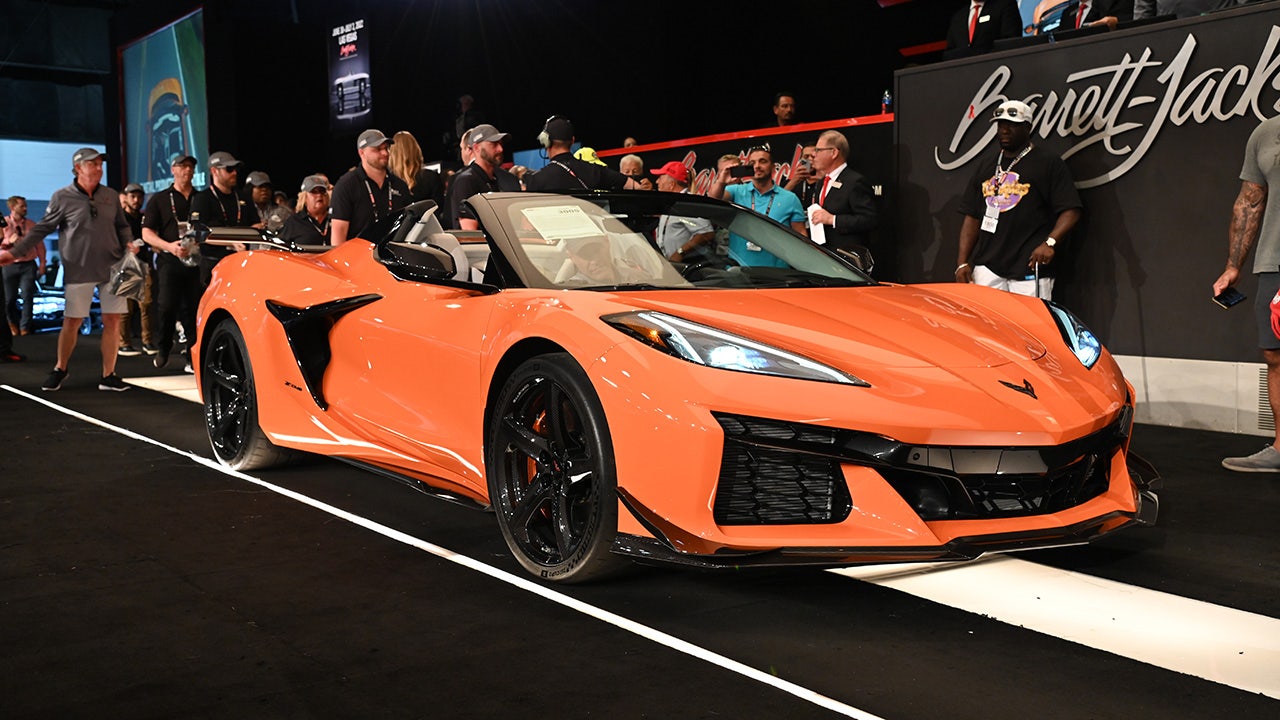 The Ford Bronco Raptor can fly

Two milestone automobiles raised $1.35 million for charities at the Barrett-Jackson auction in Palm Beach this past weekend.

The 2023 Chevrolet Corvette Z06 Convertible and Ford Bronco Raptor were each the first of their respective models built.

The Z06 is a racing-inspired version of the Corvette with a 670 hp V8 that makes it the most powerful vehicle in Chevrolet’s lineup. It was offered at the event to raise money for the Thurgood Marshall College Fund supporting higher education for Black Americans.

NASCAR team owner and car dealer Rick Hendrick won the auction with a bid of $1 million. Hendrick’s team runs Chevrolets in the NASCAR Cup Series and he often gives back through GM’s charity auctions. In fact, in January he bought the first Z06 coupe for a Barret-Jackson charity record of $3.6 million, with all the proceeds going to Operation Homefront.

The Ford Bronco Raptor is the highest-performing version of the SUV.
(Ford)

Ford sent the Bronco Raptor across the block on behalf of the National Forest Foundation and Outward Bound. The high-performance model is equipped with a 400 hp turbocharged V6 and a unique suspension system designed for high-speed off-road driving.

The first regular version of the new Bronco raised $1,075,000 at a Barrett-Jackson event last year for the same causes.