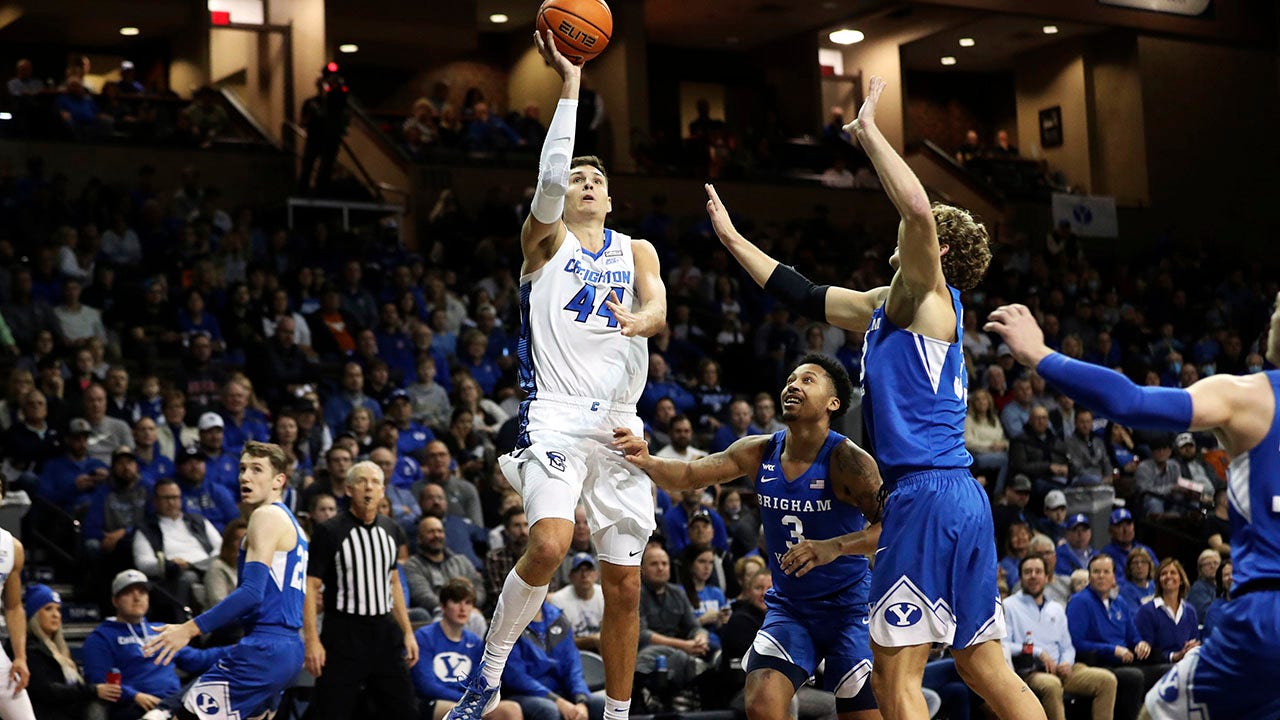 Ryan Hawkins scored 19 of his season-high 25 points in the first half and Creighton beat No. 24 BYU 83-71 on Saturday.

Creighton (9-2) built its lead to as many as 20 before the break, helped by Hawkins’ four 3-pointers.

Hawkins finished 10 for 18 from the field, including 4 for 8 on 3s, and had eight rebounds for the Bluejays.

Alex Barcello scored 28 points for BYU (8-2), shooting 5 of 7 on 3-pointers. Gideon George played 20 minutes off the bench and led the Cougars with 11 rebounds.

Down by 21 points in the second half, the Cougars closed within 10 with just under nine minutes remaining when Seneca Knight hit one of his three 3-pointers.

BYU: The loss was the Cougars’ first by double digits in the regular season since an 82-71 setback to No. 1 Gonzaga last season. The loss likely will knock the Cougars out of the Top 25.

Creighton: The Bluejays beat a ranked team for the first time time since topping No. 5 Villanova 86-70 last season. The Bluejays had lost three straight to ranked opponents.

BYU is at Weber State next Saturday before heading to Honolulu for the Hawaiian Airlines Diamond Head Classic Dec. 22-25.

Creighton returns home for games next week against Arizona State on Tuesday and then Villanova in the Big East opener on Friday.